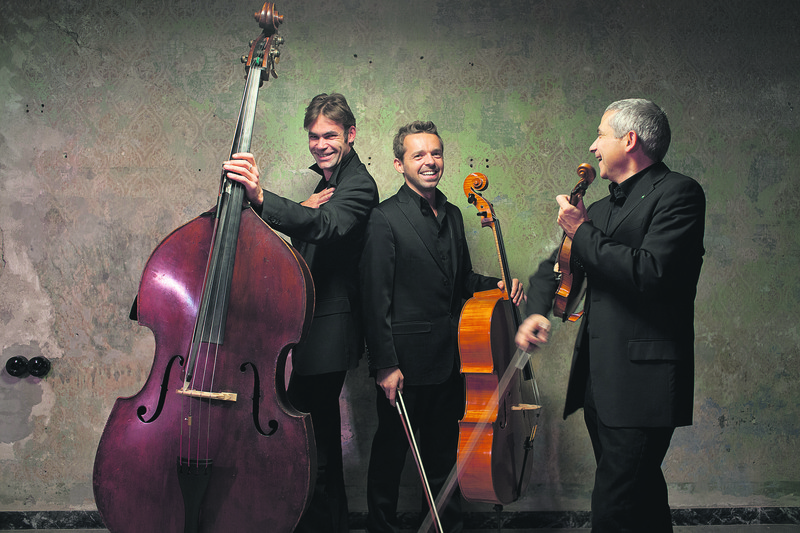 by Daily Sabah May 05, 2015 12:00 am
Within the fourth Istanbul International Opus Amadeus Chamber Music Festival, Trio Conductus, one of the most important Italian chamber music ensembles, will present an unforgettable night on May 7 at the Ashkenazi Synagogue. The Istanbul Opus Amadeus Chamber Music Festival is full of excitement and will be held at different venues around the city. The love of music moves us from one place to another throughout our lives. Classical music enthusiasts also find themselves in a happy world for years with their love for chamber music. The number of musicians engaging in chamber music is less than those interested in symphony, oratorio and opera; however, their deep musical influences are dazzling. Words cannot express how they create musical words while they perform their pieces, which are powerful enough to make miracles occur.

Over the past three years, the Opus Amadeus Chamber Music Festival has been both happy and proud to open a door to the world of chamber music. So far, many important musicians and ensembles from Europe have attended the festival. This year, the festival continues its journey to a magical atmosphere of classical music with the same passion. The festival will introduce chamber music from different periods until May 26. With its special and unique melodies, Trio Conductus will perform Montreverdi, the genius composer of early Italian baroque music; Marc O'Connor, the landmark of American bluegrass; Francesco Landini, the leading name of the 14th century Ars Nova movement and other Italian composers such as Arturo Zardini and Marcello Fera. Trio Conductus will delight music lovers with a special repertoire at the historical synagogue located in Beyoğlu. The international music festival will host three more groups throughout May including Romain Leleu and Ensemble Convergences on May 18 and Trio Passacaglia on May 26.

Trio Conductus features Nathan Chizzali on cello, Silvio Gabardi on bass and Marcello Fera on violin. They successfully gather different musical words under the same banner. Trio Conductus is actually a small part of the 12-member band Ensemble Conductus, which is a string ensemble formed in Merano, Italy. Ensemble Conductus can attend music festivals and events in different combinations, according to demand and the type of the event. The word "conductus" refers to a form of Medieval European music. It derives its origin from "conducere," a Latin word that means "to guide" and "to conduct." Ensemble Conductus sustains a similar perspective in their performances. Their repertoire might feature classic music, contemporary and even popular songs. The group gathers different cultural elements and experiences from a wide creative spectrum, and they present an ensemble of both original and traditional music with a modern interpretation.