WWI and formation of Ottoman society to be discussed 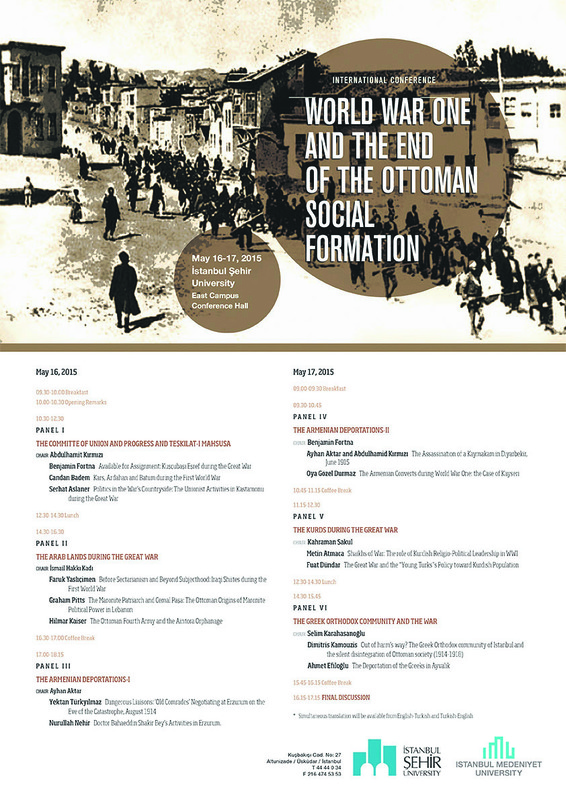 by Daily Sabah May 07, 2015 12:00 am
Istanbul Medeniyet University and Istanbul Şehir University are marking the centenary of World War I with an international conference. The conference will be held at Şehir University's eastern campus in Altunizade, Istanbul, from May 16-17. "World War I and the End of the Ottoman Social Formation" includes six panels and 15 participants from the U.K., Germany, U.S., France, Greece and Turkey. The papers shed light on the traumatic experiences of the different social, political, ethnic and religious groups such as Arabs, Armenians, Greeks and Kurds. The conference seeks to transcend nationalist categories and avoid simplistic attributions. World War I was a catastrophe for the peoples of the Ottoman Middle East, and many people died as a result of massacres, famines and epidemics. Survival or death depended on community affiliation, but also on the existence or absence of trans-communal interaction and assistance. While general government strategies provided the framework in which policies were implemented and impacted people's lives, local responses shaped these policies' implementation and often determined the final outcome.