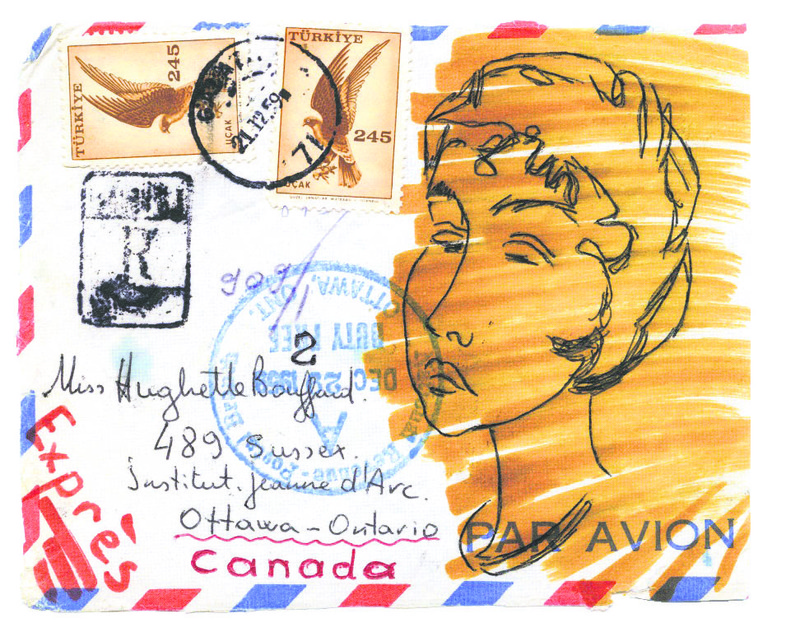 "Sometimes they could not restrain themselves and drew something in order to communicate a concept or to honor the other party," the curator said. He said the exhibition also features envelopes. "Eyüpoğlu prepared envelopes in advance. He decorated them with paintings and illustrations and sent his letters in them. In other words, he did not only send letters, he sent a gift with his signature. This is a very elegant gesture," he continued.

The curator said the exhibition features 25 portraits and a non-portrait titled "Çorum," adding, "The painting 'Çorum' is highly relevant to the exhibition. Artists were sent to different provinces in Turkey where they then performed their art. By doing so, the artists were able to become acquainted with the other parts of Anatolia, while the provinces got to know the artists better. The display also features letters that deal with Eyüpoğlu's time in Çorum."

Highlighting that the exhibition includes official letters, correspondence concerning academic problems, reports, proposals and meeting reports, Senan said the letters are in Ottoman, French and Turkish. Additionally, the editor of the simultaneous book project, Ruken Kızıler, said they prepared a book using all the documents in the exhibition upon the request of Hughette Eyüboğlu, Bedri Rahmi Eyüpoğlu's daughter-in-law.

Kızıler said the exhibition is being held in parallel with the book that was put together following weeks of hard work, adding the Eyüpoğlu family is in possession of a great number of paintings by the artist. "We did not want to stuff all the paintings in here. We wanted to create a bond between his letters. We only took the portraits of his letters that were drawn on paper. We want it to blend with the pattern of the exhibition. Paintings and colors could easily get ahead of the letters," she said.