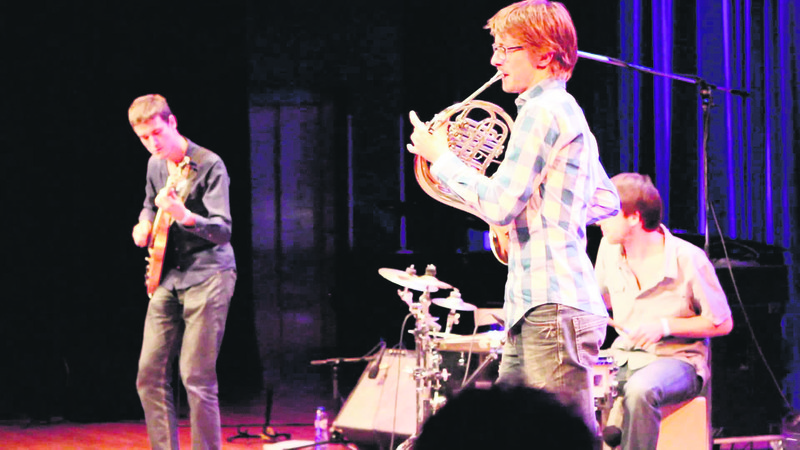 by Daily Sabah May 24, 2015 12:00 am
The Kapok Jazz Trio, a young Dutch music group, will play at the Dutch consulate in Istanbul this week. Highly praised by the Dutch press after the release of their debut album "Flatlands," the band won the Dutch Jazz Competition and the European Jazz Competition two years ago. Their music is at the same time energetic, controlled and recognizable. "We're really excited to go there [Turkey] and play our music to a completely new audience but our drummer, Remco, is the most excited. The reason why is that the Turkish people are master drumcymbal craftsmen and there is a lot to buy," the band said in a statement on their official website. Featuring Morris Kliphuis, Timon Koomen and Remco Menting, the band will play in the consulate's garden. Entrance is free. The Kapok Jazz Trio will also perform at CerModern in Ankara on Wednesday.