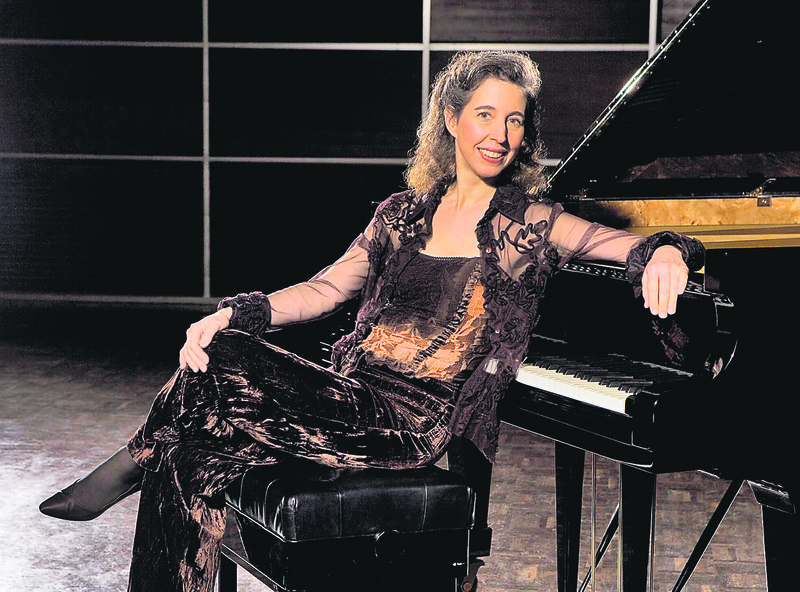 by Daily Sabah Jun 04, 2015 12:00 am
The Spanish leg of the 43rd Istanbul Music Festival's theme "Cultural Landscapes" invites you to watch Angela Hewitt, one of the most enchanting classical pianists of the present day, perform at Süreyya Opera Hall. Hewitt ornaments each musical turning point with a dramatic narration in order to describe the different landscapes of the four corners of Spain, such as the dances of Granados, the suite of Albeniz and the fantasies of Falla. Regarded as one of the best Bach performers of all time, Hewitt launched her musical career as a wonder child at a very early age. She has performed on the world's most prominent stages, and performed as a guest artist of the Philharmonia Orchestra, London Philharmonic, Oslo Philharmonic, Camerata Salzburg, and the Sao Paolo, Cleveland, Toronto and Sydney symphony orchestras. In 2006, she won Gramophone's Artist of the Year award and MIDEM's Musician of the Year award in 2010. She inaugurated the Trasimeno Festival, which attracts music lovers from all ages and countries in 2015, and she was praised for her work with the children's orchestra that she established after being inspired by El Sistema. Hewitt, whose performance includes emotions of all kinds, from intimacy to glory, is one of the rare musicians that can make the audience sing and dance with the piano. During this incredible night, the pianist will present the audience her works that carry the traces of the warmth of the Mediterranean through her fingers.