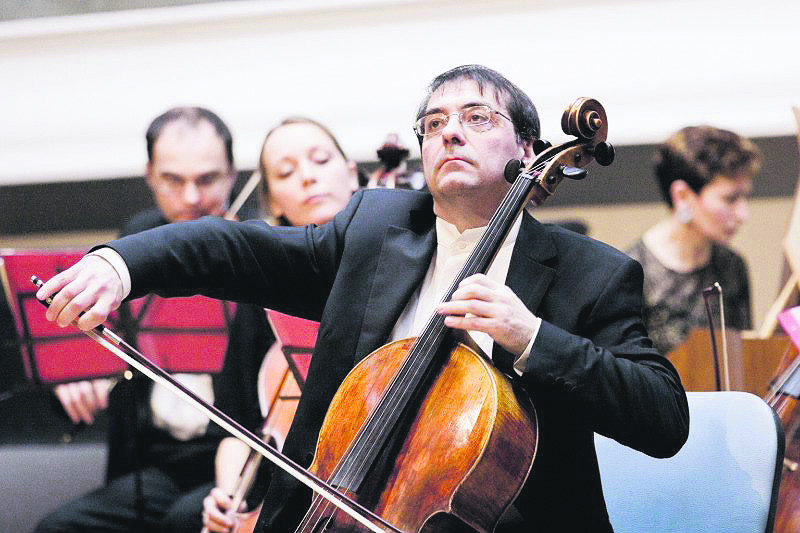 by Daily Sabah Jun 05, 2015 12:00 am
The 43rd edition of Istanbul Music Festival proudly presents AIMA with the festival orchestra and two of the most elite soloists of today. Alexander Rudin is one of the pioneers of the contemporary Russian music ecole as a cellist. He shows the extraordinary sensibility which is seen in the Russian musicians such as cellist Mstislav Rostropovich. Rudin will be accompanies by American clarinetist Julian Milkis who can blend different genres successfully. Characterized as the best clarinetist of the world by the Russian music authorities, Milkis is also an internationally acclaimed soloist and jazz player. AIMA Festival Orchestra, which was founded by musicologist Filiz Ali in order to open up young musicians' horizon, is the settled orchestra of Ayvalık International Music Academy and Festival. The first concert of AIMA Festival Orchestra at the Istanbul Music Festival will not be forgotten easily with the contributions of Rudin and Milkis and the dazzling atmosphere of Church of St. Anthony of Padua.

Where: Church of St. Anthony of Padua
RELATED TOPICS