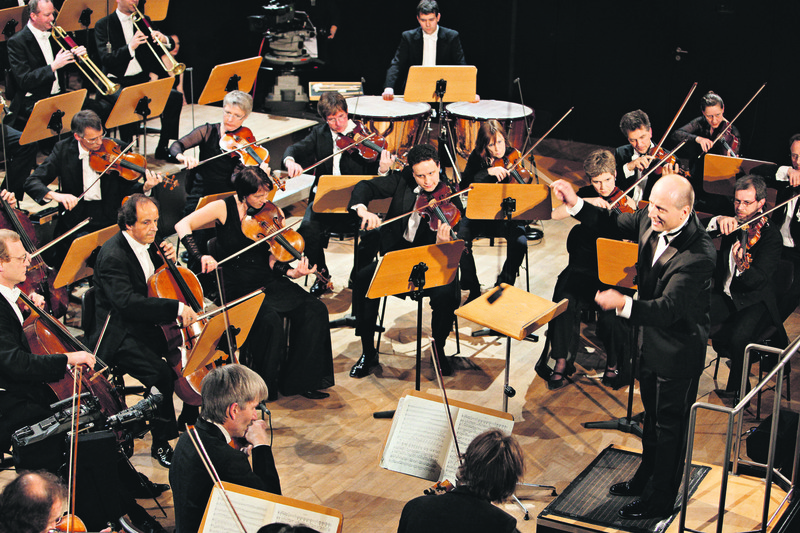 by Daily Sabah Jun 08, 2015 12:00 am
Located at the first courtyard of Topkapı Palace, the Haghia Irene Museum, a sixth century Orthodox church, will echo the compositions of Johannes Brahms, a cornerstone in romantic music. As the guest resident orchestra of the 43rd Istanbul Music Festival, the Deutsche Kammerphilharmonie Bremen will perform with German violin virtuoso Christian Tetzlaff. The orchestra is referred to as one of the finest interpreters of the Romantic repertoire. Under the baton of Grammy-winning Estonian-American conductor Paavo Jarvi, the concert will obviously be a night of masters. The concert program covers Johannes Brahms's violin concerto in D Major, Op. 77 and his symphony in C minor No. 1, Op.68. Prior to the concert, a talk by classical music journalist and author Jessica Duchen will be held at the museum garden.