Rare portrait of Mehmed II the Conqueror, Sultan of Ottoman Empire, to be auctioned 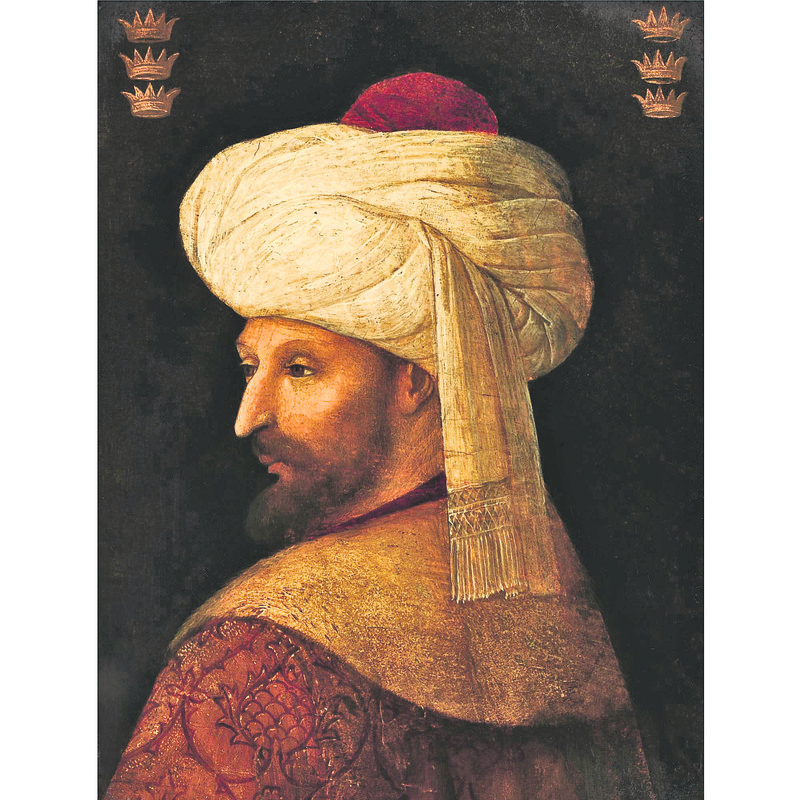 by Daily Sabah Jun 10, 2015 12:00 am
Sotheby's, the world's most prominent auction house, will put up a rare portrait of Ottoman Sultan Mehmed II for auction next month. Featuring two figures, the priceless work will be sold at Sotheby's London evening auction "Old Masters and British Drawings," scheduled to take place on July 8. The portrait is one of the surviving three oil paintings that were made during the reign of the sultan or soon after his period. Expected to be sold for between £300,000 and £500,000, the portrait is the last example of its kind that is kept in a special collection. This work portrays Ottoman Sultan Mehmed II and also another person said to be his son, Cem Sultan. The double portrait created at Venetian painter Bellini's workshop will be put up for auction for the first time.