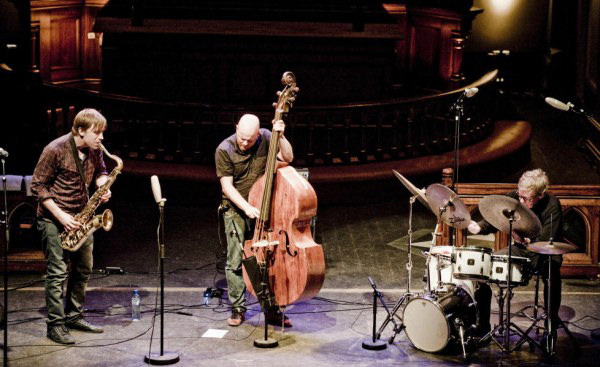 by Daily Sabah Jul 07, 2015 12:00 am
The Pierre Blanchard Gypsy Quintet will perform at the sixth annual Jazz in Ramadan Festival at UNIQ Open-Air Stage on July 9. Istanbul's new favorite place, Uniq Istanbul in Maslak, offers an open-air space for music lovers, where the stage is situated in front of a forest and the participants can enjoy concerts on the grass. The Ramadan Jazz Festival began with Okay Temiz and The Roman Orchestra's performance. The concert brought together Okay Temiz, who is the pioneer of Turkish Romani jazz, and Magnetic Band. Yasmine Hamdan, who became popular after her song was featured in the movie "Only Lovers Left Alive," also performed at the festival. One of the best examples of the French-Romani jazz tradition, famous violinist Pier Blanchard and the Gypsy Jazz Quartet will perform on Wednesday, following their stellar performance last year.