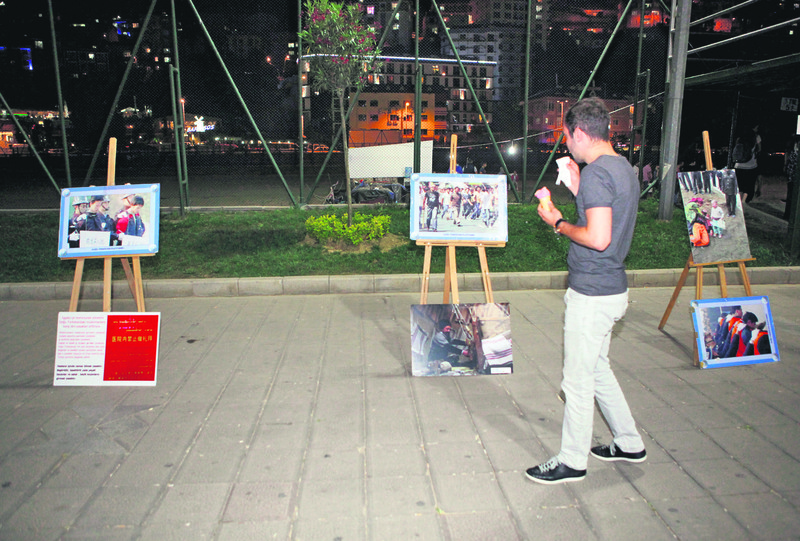 by Daily Sabah Jul 13, 2015 12:00 am
The Humanitarian Idea Pioneers Foundation (İFADER) opened a photography exhibition "East Turkestan and Arakan" at the Hasbahçe Recreational Area in Istanbul's Kağıthane district. The exhibition witnesses the tragedy of Muslims living in China's northwestern Xinjiang province and Myanmar's Arakan region. İFADER President Orçun Şekercioğlu said the exhibition draws attention to ending the sufferings of Muslims in East Turkestan and Arakan. "Violence against Muslims in China and East Turkestan is increasing every day. China has turned violence into a fantasy. We curse all Chinese people who support what is going on. We pray for the freedom of Muslims in East Turkestan and to the end of their sufferings," Şekercioğlu said. He said the foundation will always be on the side of the Muslims living there. "The cruelty suffered by Muslims in Arakan is at its highest level. We curse all Indian priests, state authorities and others who are silent about it. We pray for our brothers in Arakan and will continue to show our support," he said. The exhibition will remain open until July 16.