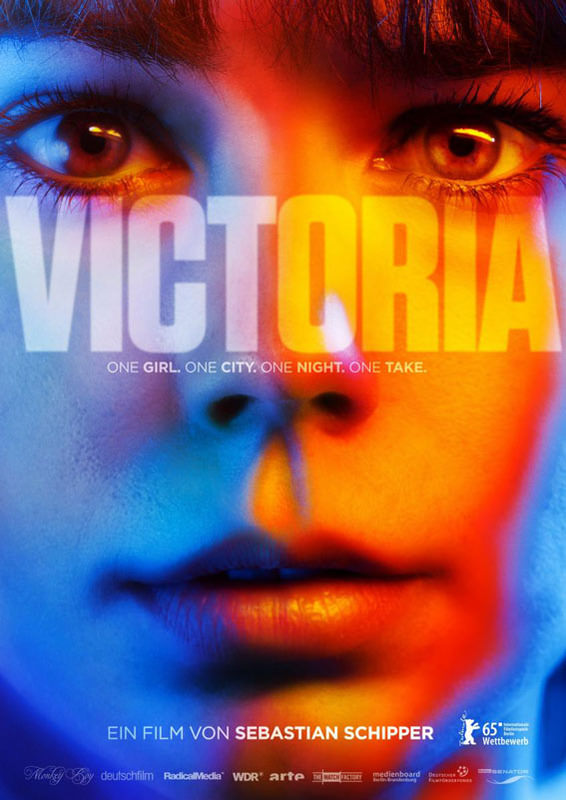 Victoria, the recipient of three awards, including the Silver Bear at the Berlin International Film Festival, and six awards at the German Film Awards, is coming to Turkey. Directed by Sebastian Schipper, the film stars Laia Costa, Frederick Lau, Franz Rogowski and Turkish actor Burak Yiğit. The film, described by Schipper as "not a film about a bank robbery; this is the bank robbery," aims to take the audience on an adventure in the streets of Berlin.

Starring Romain Duris, Anais Demoustier, Raphael Personnaz and Isild Le Besco, "My New Girlfriend" was directed by François Ozon. The film is about Claire, who becomes depressed after her best friend Lea's death. When she meets the husband of her late friend, her life takes an unexpected turn and she finds a new reason to hold onto life. Demoustrier received the Best Actress award for her work at the Karlovy Vary International Film Festival.

All Creatures Big and Small

This animated movie directed by Toby Genkel and Sean McCormack was dubbed in Turkish by Bora Sivri, Oya Küçümen, Füsun Kokucu and Berrak Kuş. The film is a parody of Noah's Ark. It narrates the adventure of cheerful friends in a flooded world.

"Darbe" (Coup), directed by Yasin Ulusoy, stars Cansel Elçin, Erdinç Gülener, Öykü Çelik and Şemsi İnkaya. The film opens with the encounter of two brothers before a mountain police station is raided by terrorists. The film is about a National Information Agency (MİT) undersecretary who is taken to the police station as a suspect to give testimony because of the sinister plans of outside forces that are well-organized inside the security and judiciary organizations of the government.

Directed by Christopher McQuarrie and starring Tom Cruise, Jeremy Renner, Simon Pegg and Rebecca Ferguson, the film invites action-lovers to experience the latest installment of the franchise. Cruise reprises his role as Ethan Hunt, who has become a cult action figure. The film is about Hunt and his team fighting against the most powerful enemy they had faced until now. They are putting up a fight against the dangerous swindler organization, the Syndicate, which is trying to shut down the Impossible Missions Force (IMF). While trying to stop Syndicate, they become the main targets of this dangerous organization. The chase begins and Hunt and his team come face-to-face with a mission impossible.
RELATED TOPICS