Seljuk culture to be exhibited in Chicago 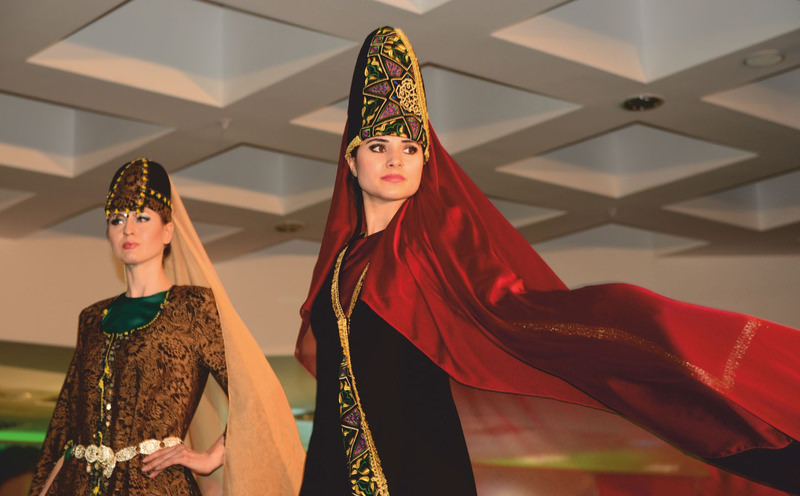 by Daily Sabah Sep 01, 2015 12:00 am
A Seljuk-inspired collection created by the Konya Advanced Technical School for Girls will be showcased at the Turkish Festival in Chicago, Illinois. Prepared over five years, the 82-piece collection features clothes made with motifs and colors mainly used by the Seljuks.

In her written statement, Zerrin Kırtıl, the school's principal, said they decided to prepare a Seljuk-inspired collection as Konya was the capital city of the Seljuk Empire. Five years ago, the school began to create clothes inspired by 12-armed Seljuk stars, two-headed eagles and tiles. Kırtıl added that they will contribute to the promotion of Konya as well as Turkey during their presentation at the Turkish Festival in Chicago.

The collection will be displayed at the festival by a team of five school personnel. Kırtıl said they aim to draw attention to Seljuk artifacts through this collection, and thanked the Governorate of Konya for their support throughout this project. "The symbol of Mevlana Museum Kubbe-i Hadra [Green Dome] and Konya's symbolic two-headed eagle were used as motifs in our collection," Kırtıl said.

The collection also inspired from the blue tiles in Sahipata Museum, motifs on the wooden window of the Beyhekim Mosque, the details on the doors of the İnce Minaret Madrasah and the ornaments and tiles on the ceiling and mihrap of the Alaeddin Mosque. Additionally, Seljuk features, such as the wooden ornaments on the Eşrefoğlu Mosque's dome and mihrap, brickwork of the Sırçalı Madrasah, decorative suns on the covers of books, Seljuk stars, the artifacts displayed at the Ethnography and Koyunoğlu museums, Seljuk tile designs and clothes, geometrical wooden ornaments, public baths and fountains, influenced the collection. "Every little detail on Seljuk artifacts guided us," Kırtıl said.