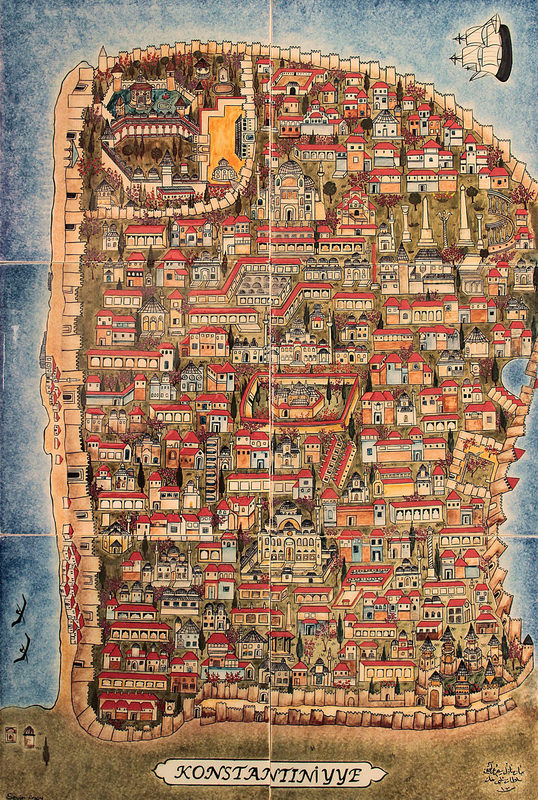 by Daily Sabah Sep 16, 2015 12:00 am
An exhibition on Ottoman scholar and intellectual Matrakçı Nasuh is to open in Belgrade Tuesday. Promoted by the Turkish president's office, the display features items covering the 16th century figure's broad range of achievements in mathematics, history and art. Titled "Matrakçı Nasuh: A 16th Century Genius," the exhibition at the Ethnographic Museum runs through Oct. 15 and was previously displayed in Sarajevo. The presentation will then be shown in cities around the world, including Istanbul, Paris and New York. Anadolu Agency is the project's global communication partner. Born in the Bosnian town of Visoko in 1480, Nasuh joined the Sultan's household as a janissary, showing exceptional military skill and inventing Matrak - a sword game used for training. He also wrote books on warfare, history and mathematics and was a talented miniaturist who created a new style of painting focusing on panoramic views. The 450th anniversary of his death was commemorated by UNESCO last year.