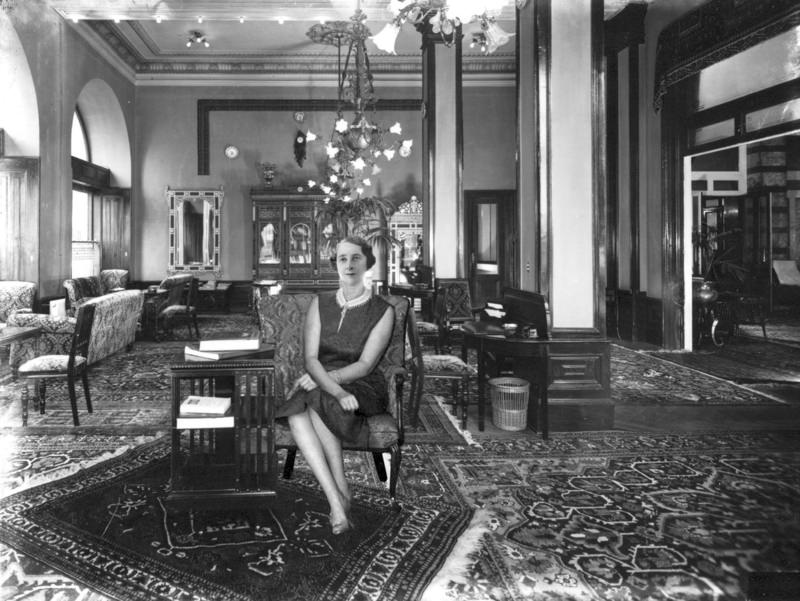 In honor of acclaimed crime fiction novelist Agatha Christie's 125th birthday, Istanbul will be hosting the first Black Week Festival in Turkey between Oct. 22 and Oct. 24, 2015. Pera Palace Hotel Jumeirah has been selected to host the intriguing event as it played an important part in Christie's visits to Istanbul

The internationally renowned crime fiction festival - Black Week- will be held in Istanbul for the first time along with many special guests between Oct. 22 and Oct. 24 at Pera Hotel Jumeirah. Along with Turkey's most important authors such as Ahmet Ümit, Celil Oker, Algan Sezgintüredi, Sevil Atasoy and Erol Uyepazarcı, internationally recognized crime fiction authors such as Alexander McCall Smith from the U.K., Leslie S. Klinger from the U.S., Roberto Costantini from Italy, Arne Dahl from Sweden and Mario Mendoza Zambrano from Colombia will also be participating. Adding to the richness of the unique festival, Agatha Christie's grandson Mathew Pichard will also be attending the event.

A jam-packed program awaits crime fiction enthusiasts for this year's Black Week Festival. Starting from Oct. 23 through Oct. 24, the festival will include panel discussions with both local and international detective novel writers. Some of these panel discussions include: Female detectives, catching the murderer, Agatha Christie "Crime and Punishment," crime fiction as a popular genre, crime fictions as a city story, the detective as a main character, and many more. Mathew Prichard, Agatha Christie's grandson, will also be one of the panelists in the session dedicated to her grandmother.

On Saturday Oct. 24, authors will sign their books in Beyoğlu bookstores and interact with their readers. These bookstores include: Mephisto, D&R Beyoğlu,İnsan Kitabevi, and the Turkish-German Bookstore. Additionally, guests can solve a mystery for themselves with "whodunit" nights taking place in popular bookstores throughout the Beyoğlu district over the week.

The hotel has launched a Black Week package for guests, running throughout the festival. Prices start from 275 euros per night including breakfast and an invitation for the festival's opening ceremony and all literary panels. The hotel will also be exhibiting Agatha Christie's first edition books.

All panel discussions and activities within the Black Week Festival will be free of charge and open to the public.

A common visitor of the Pera Palace Hotel Jumeirah between 1926 and 1932, legend has it that Christie wrote one of her most well-known books, "Murder on the Orient Express," within the walls of Room 411, the room she stayed in while visiting. Room 411, which now goes by the name of the Agatha Christie room, is open for stay for fans of the renowned murder mystery writer. Ernest Hemingway, Greta Garbo, Mata Hari and Sarah Bernhardt are some of the other guests who stayed at the historic hotel. The founder of the Turkish Republic, Mustafa Kemal Ataturk, was also a guest of the hotel.

General Manager of Pera Palace Hotel Jumeirah, Pınar Kartal Timer, said at the Black Week Istanbul press conference earlier this week, "We are delighted to host for the first time in Turkey the Black Week festival at Pera Palace Hotel Jumeirah. We hope that the festival, which will start on Oct. 22, will be passed down through the years and made into a traditional event. In the context of the festival, topics such as female crime authors and city killings will be discussed by both domestic and foreign crime writers." Aiming to be a colorful city activity based on detective literature, a genre that plays a central role in encouraging people to read more, Black Week Istanbul will strengthen intercultural cooperation with the participation of famous authors from all around the world. Don't miss out on this extraordinary event and follow updates on social media using the hashtag #blackweekturkey.
RELATED TOPICS