Pera Museum to screen ‘To the Stars by Hard Ways' 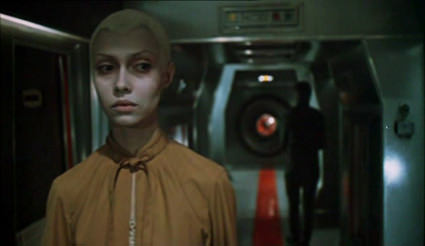 by daily sabah
Nov 02, 2015 12:00 am
In collaboration with Seagull Films, Pera Museum is screening Soviet and Russian films as part of the program "From the Tsars to the Stars: Russian Fantasy Cinema" until Dec. 13. The 1981 production, "To the Stars by Hard Ways" features a female created in space, which then tries to live on Earth. Starring Yelena Metyolkina, Vadim Ledogorov and Uldis Lieldidz, the movie was directed by Richard Viktorov. The movie will be screened in Russian with Turkish subtitles. Here is a synopsis of the movie by Robert Skotak: "Boldly going where no man has gone before, the starship Pushkin finds an abandoned vessel in deep space filled with the decaying bodies of humanoids. There is, however, one surviving member of the crew, a gynoid named Niya who seeks the help of earthlings to restore her now severely polluted home planet of Dessa to its natural splendor. Pitched exclusively to a teenage audience and unashamed of it, this delirious space adventure features bionic women, cosmic mercenaries, and the most embarrassing guy-in-a-suit robot to never utter "Danger, Will Robinson." After the fall of the [Soviet Union], it inevitably became a cult hit among the Russian hipster set. In 2001, under the supervision of the director's son, the film enjoyed a full recreation and [he] saved from nearly being lost."