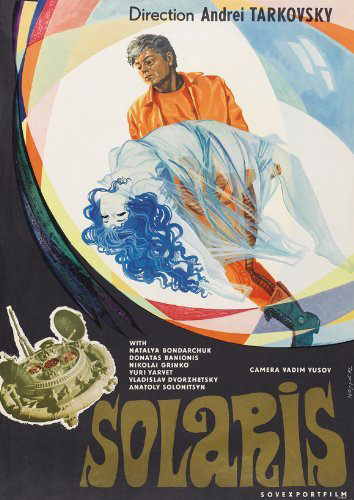 by Daily Sabah Nov 04, 2015 12:00 am
Pera Film continues to present a selection of films as a part of "From the Tsars to the Stars: Russian Fantastic Cinema" program, which includes rare examples from the sci-fi genre of Soviet and Russian cinema. Undoubtedly one of the most profound and influential "genre" films ever, Andrei Tarkovsky's masterpiece "Solaris" pushes the boundaries of sci-fi in every step. The director was not too interested in creating futuristic sceneries - the film's lone city scene was simply shot in contemporary Tokyo - but rather concentrated on the barren "soulscapes" of the characters. The film also features the missing pleasures of its Hollywood remake - mirror-hall ambivalences of the coda and Eduard Artemiev's astonishing soundtrack.