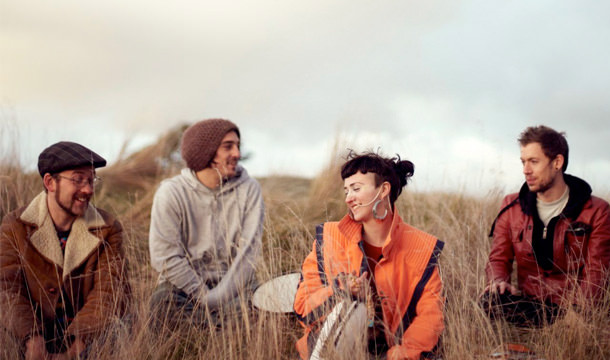 by Daily Sabah Nov 13, 2015 12:00 am
Australia-based neo-soul quartet Hiatus Kaiyote will be the guest of the Istanbul Foundation for Arts and Culture's (İKSV) initiative Salon İKSV today. Considered as the future of soul music with their offbeat rhythms, Hiatus Kaiyote was established in 2011. The quartet was also nominated for a Grammy Award with their single "Nakamarra." The band, which realized their critically acclaimed album "Choose Your Weapon" last May continues leaving its mark on the music industry, with Nai Palms colorful style and unique vocal power. Inspired by Björk, Billie Holiday, Lauren Hill, Omou Sangare, Stevie Wonder and Michael Jackson, Nai Palm enchants the audience with unique but familiar vocals. Hiatus Kaiyote which was featured at the 22nd Istanbul Jazz Festival invited music lovers to Salon İKSV.