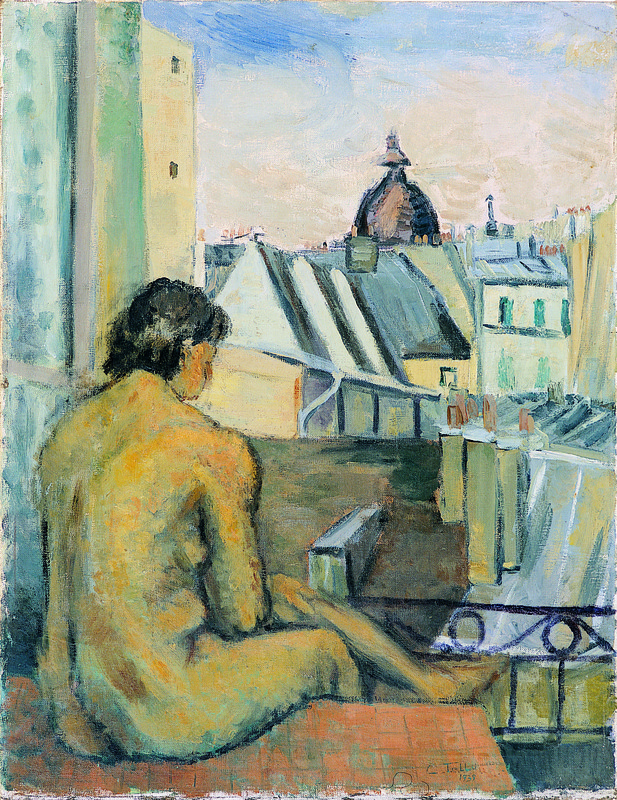 by Daily Sabah Nov 26, 2015 12:00 am
On the 10th anniversary of its inauguration, Pera Museum presents the exhibition "Bare, Naked, Nude," which sheds light on the development of nude painting in the modernization period of Turkish art. The exhibition explores how art production in a timeline extending from the Ottoman Empire to the Republic and dominated by landscapes and still lifes made room for the emergence of the nude, a fundamental genre in art history, as a pictorial form and theme. The exhibition also brings to the fore the idea that nude painting is symbolic in revealing how the process of modernization in Turkey is reflected on art. Curated by Ahu Antmen, the exhibition includes nearly 150 works, including academic studies, by 44 artists of different periods. Displaying works by artists including Osman Hamdi Bey, Süleyman Seyyid Bey, Halil Paşa, İzzet Ziya Bey, Avni Lifij, Ruhi Arel, İbrahim Çallı, Namık İsmail, Melek Celal Sofu, Cemal Tollu, Zeki Faik İzer, Bedri Rahmi Eyüboğlu, Eren Eyüboğlu, Fikret Mualla, Leyla Gamsız and Yüksel Arslan, "Bare, Naked, Nude: A Story of Modernization in Turkish Painting" follows the footsteps of the few nude paintings produced in secret at the turn of the 20th century and the copious amounts during the Republican era, and seeks to demonstrate artists' efforts to overcome the cultural resistance against artistic representations of nudity.