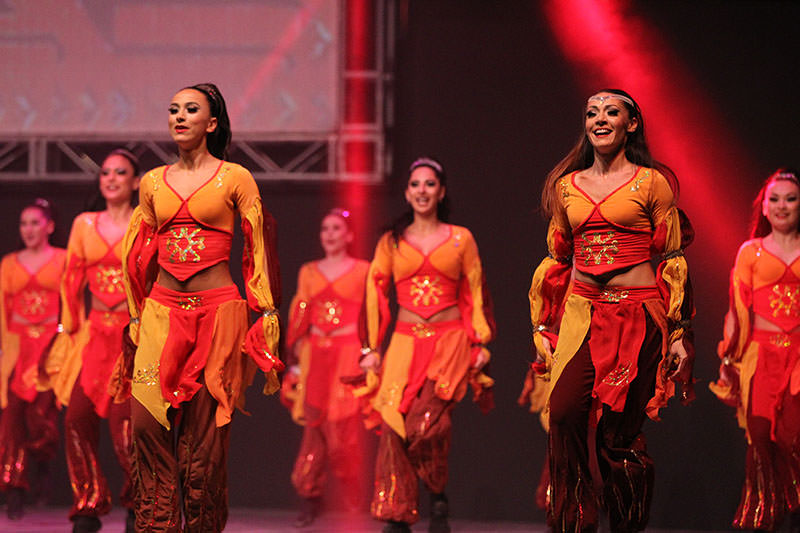 The two-hour show -- featuring a synthesis of Turkish folk dance with ballet, modern dance and other dance disciplines -- earned a period of sustained applause from the Chinese audience.

The troupe is scheduled to perform five more performances in Shanghai before the show moves to Beijing's Mei Lan Fang Grand Theater on Dec. 25 for six nights, with its last performance scheduled for Dec. 30.

As one of the largest dance groups in the world, Fire of Anatolia boasts some 400 people, including dancers from Cuba, the United Kingdom, Russia and Georgia.

The group has performed in 89 countries and 350 cities since it was established 15 years ago.

It holds two Guinness records, one for fastest dance performance with 241 steps per minute and another for largest audience, 400,000 people in Ereğli, in the Black Sea Region of Turkey.
Last Update: Dec 19, 2015 3:51 pm
RELATED TOPICS