Salon to present music from north to south 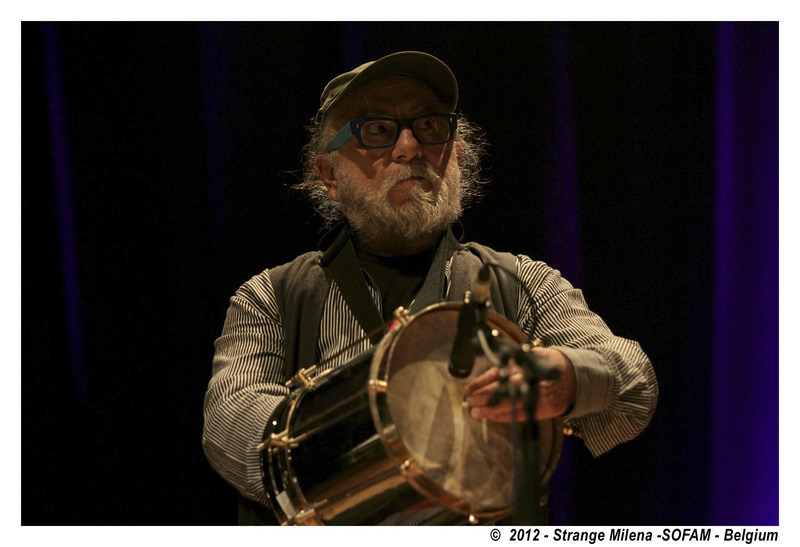 by daily sabah Jan 21, 2016 12:00 am
Istanbul Culture and Art Foundation's Salon continues to present alternative musicians from Turkey and around the world. This week, Salon features extraordinary talents like Okay Temiz, Seha Can and Sedef Sebüktekin and the Duru brothers.

Okay Temiz, who notes that he learned Turkish music from his mother, enrolled in the Ankara Classical Music State Conservatory with the support of his mother and kicked off his professional music career in 1955. He played with dance music orchestras for a while before meeting world-renowned veteran American trumpeter Don Cherry. Temiz and Cherry toured the world and performed at the most prominent festivals. Temiz, who took the stage in Europe, India and the U.S. and recorded several albums with various artists, received the honor of being a State Artist by the Republic of Turkey's Ministry of Culture and Tourism. Temiz learned how to produce and play various instruments from Africa, South America and India, such as the quicca, berimbau, finger piano and talking drums, and began collection ethnic and electronic instruments for his collection. Temiz is widely known for his unique style of playing percussion instruments and talent for turning simple rhythms into glamorous musical notes. He will be the guest of the Istanbul Foundation for Culture and Arts' (İKSV) Salon and put his new project, "From North to South," on stage with Swedish jazz musician Lennart Aberg. The project, which blends Turkish folklore with the best examples of northern jazz, will bring pianist Can Çankaya, bass player Ozan Muslu and zurna player Ahmet Özden together with Temiz and Aberg on Thursday at 9:30 p.m.

From Sofar to Salon

The concert series From Sofar to Salon, which has been taking place since October 2015, will host Biz, Seha Can and Sedef Sebüktekin in January. Composed of Mehmet Güren, Ozan Tekin, Can Aydınoğlu and Berkay Küçükbaşlar, the band Biz released their debut album "Müzik İstiyoruz" (We Want Music), and the album was chosen as one of the best Turkish albums of the year by Turkey-based Bant Magazine. The band, which performed as part of the Istanbul Design Biennial, recorded their second studio album "Dünya Büküldü" (The World is Twisted) last year. With their outstanding romantic and energetic rhythms, Biz is one of the best indie bands performing Turkish works. On the other hand, Seha Can made his debut during the Spring Festival at Middle East Technical University and made a name for himself with his covers of Leonard Cohen and Radiohead songs. Can mostly covers the songs of Jeff Buckley, as Can is a big fan. Songwriter Sedef Sebüktekin, who draws her inspiration from flavors or scents found herself in the spotlight after performing at the very first Sofar session in Istanbul. From Sofar to Salon concerts, where music lovers have the opportunity to discover new talents, take place on Friday at 10:00 p.m.