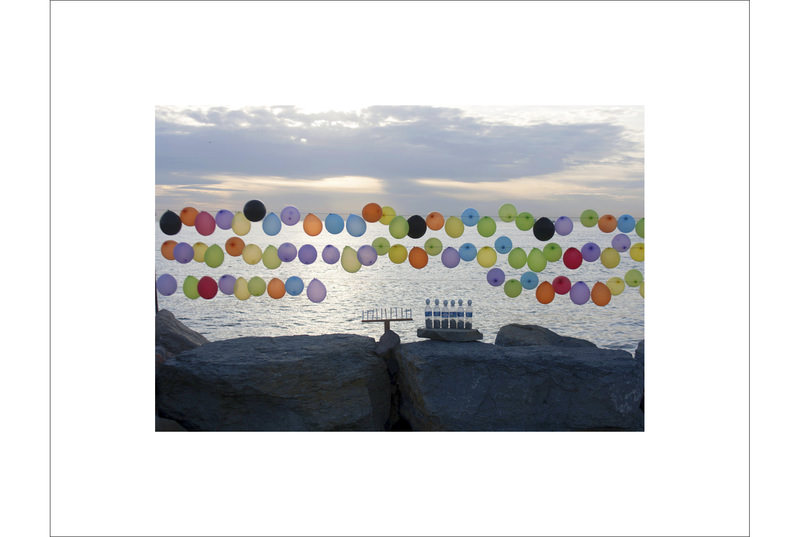 One day last week, I wandered along Rome's old ruins in the unexpected heat of the midday sun. The ancient monuments and sculptures of Roman emperors around the Colosseum seemed uninterested in the numberless selfie-sticks carried by tourists whose photographs were eerily backgrounded by machine gun carrying soldiers patrolling Italy's capital against a terrorist attack. Beauty from the ancient world and fear from modern forms of violence stood side by side as I made my way to the MAXXI museum, located at a residential part of town away from the ancient landmarks. That is where "Istanbul. Passion, Joy, Fury" (until April 30) the biggest ever contemporary art exhibition on Istanbul outside Turkey was on display. MAXXI's Istanbul exhibition has made headlines in Italian newspapers and became a favorite among the city's museum-goers. Under the sun, Rome seemed remarkably distant from the snow-clad Istanbul I left behind, and yet I could see the two ancient cities had numerous common threads. From city preservation struggles against gentrification to concerns about security and the destruction of nature, the show's title (Passion, Joy, Fury) could as well describe the city that laid outside MAXXI's Zara Hadid designed curvilinear walls.

"The project Istanbul. Passion, Joy, Fury is the result of transnational dialogues in diverse forms," Hou Hanru writes in the exhibition catalogue. Hanru is no stranger to Istanbul. In 2007 he curated the 10th Istanbul Biennial entitled "Not Only Possible, But Also Necessary: Optimism in the Age of Global War".

"The MAXXI curatorial team of art and architecture departments visited Istanbul for in-depth research and conversations with artists, architects, curators, critics and other professionals while on-site workshops were held," Hanru writes. His curatorial theme organized the show under six different chapter headings, all in the form of questions: "A Rose Garden?", "Ready for a Change?", "Can We Fight Back?", "Should We Work Hard?", "Home for All?", "Tomorrow, Really?" Those questions follow the visitor as she wanders along works by 45 artists, architects and intellectuals from Turkey who explore "current mutations of the urban, cultural and social reality in Istanbul and their impacts on creative practices, and tackle existential questions that apply to all of us."

At the entrance, Halil Altındere's 2012 work "Guard" greets visitors inside what can best be described as a massive show. Although I had seen most of the works in previous biennials and exhibitions in Istanbul, it took me a little less than four hours to make it to the exit of MAXXI museum. "Guard" is part of a trio of works (the others are entitled "Telephone Call from Istanbul" and "Mad Man") that depict three true-to-life Turkish wax sculptures. Those wax figures depict male characters who are either looking for trouble, getting ready to fix a problem or cause one. Less tongue in cheek is the video installation "Wonderland" where Altındere captures the angst and anger of a group of youths from the Sulukule neighborhood. Conceived as a music video by the hip-hop band Tahribad-ı İsyan, the video dominates the second floor of the exhibition as the band raps about inequality in Istanbul while escaping from cops who drive an old-fashioned and very classy police car.

Another highlight of the show is Sarkis' "Two Rainbows", a site-specific neon rainbow that was first shown in the pavilion of Turkey in last year's Venice Biennial. Sarkis describes his rainbow as "a kind of metaphor for the Big Bang". He was inspired by the old Istanbul resident who has painted the stairs in his street in multiple colors in an effort to "change the grey and sadness into colors".

In his mesmerizing 2008 video "Theorists", Fikret Atay depicts a group of religious students in his native city Batman. Around fifty pupils chant out parts of religious texts as they circle a room, in an effort to memorize the sentences -the result is a reflection on the processes of remembrance. Pinar Öğrenci's massive wood and double channel video installation "Collapsing New Buildings" offers MAXXI visitors a glimpse of that most familiar Istanbul scene, a construction site hidden behind a wooden fence. Like its counterparts in Istanbul, the fence here has a number of carefully placed holes thanks to which passersby can view the progress inside. Istanbul's streets make another appearance in "We Are Ready for the Olympics" by Extrastruggle, a Turkish fictional graphic design firm founded in 1997 (they also designed the show's poster). In their film we watch the struggle of a man and his baby as they try to make their way through the labyrinthine streets of Istanbul.

Burak Delier is another central figure in the show. His "Tersyön Shop Installation" focuses on a fictional company that produces gear for activists while his video installation "Crisis & Control" offers portraits of real white-collar workers from Istanbul who stand in weird Yoga positions as they talk about their work. In Hera Büyüktaşçıyan's site-specific installation "In Situ" this brilliant Turkish artist explores her own personal memory of the historical Pangaltı Hamamı, which was demolished in 1995 in order to build a five-star hotel. Sponsored by Komili, "In Situ" reconstructs the artist's memories "by activating compulsory acts of confrontation, integration and adaptation. With soap cubes that function becomes a connecting device between acts of forgetting and remembering."

In his photography series "Shell", Serkan Taycan has depicted Istanbul's transformation with a similar underlying sense of sadness. The Gaziantep born artist focuses here on the transformation of urban and rural places. We get a fascinating glimpse of carved mine sites thanks to his diptychs and triptychs that offer the panorama of a city that has been under intense transformation since the city's urbanization process kicked off many decades ago.

The show's curators plan to organize "Istanbul. Passion, Joy, Fury" in different European cities, which would bring this massive exhibition, the result of long-term research inspired by conversations with Istanbul's local creative community, to an even wider audience.
RELATED TOPICS