ISTANBUL Feb 02, 2016 - 12:00 am GMT+3
by Daily Sabah Feb 02, 2016 12:00 am
In collaboration with Seagull Films, Pera Films presents "The Sky Sparkles: In Praise for Chekhov," a program consisting of movie adaptations surveying Chekhov's work through the lens of predominantly Soviet and Russian filmmakers. 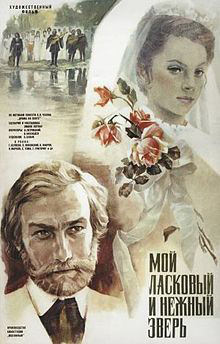 This popular adaptation of Chekhov's novel has deep tones and beautiful shots. The novel takes place in the countryside of 19th century Russia and tells the story of crime and passion. Beautiful, but poor, young Olga has to marry Urbenin, an old prince who promises her wealth and love. However, Olga's heart belongs to none other than one of her husband's young friends, detective Sergey Kamısey. Struggling between money and love, Olga firstly turns to Sergey, but she later chooses her husband. One of the biggest productions of the Soviet era, "Hunting Accident," displays the decadent glory of the Russian aristocracy through obsession and jealousy. Watching the glamorous performance by the late Oleg Yankovski, who plays the delicate animal mentioned in the title and who is also one of Tarkovski's stars, is a great pleasure. The music by Evgeni Doğan also makes a huge contribution to the unforgettable atmosphere of the film.