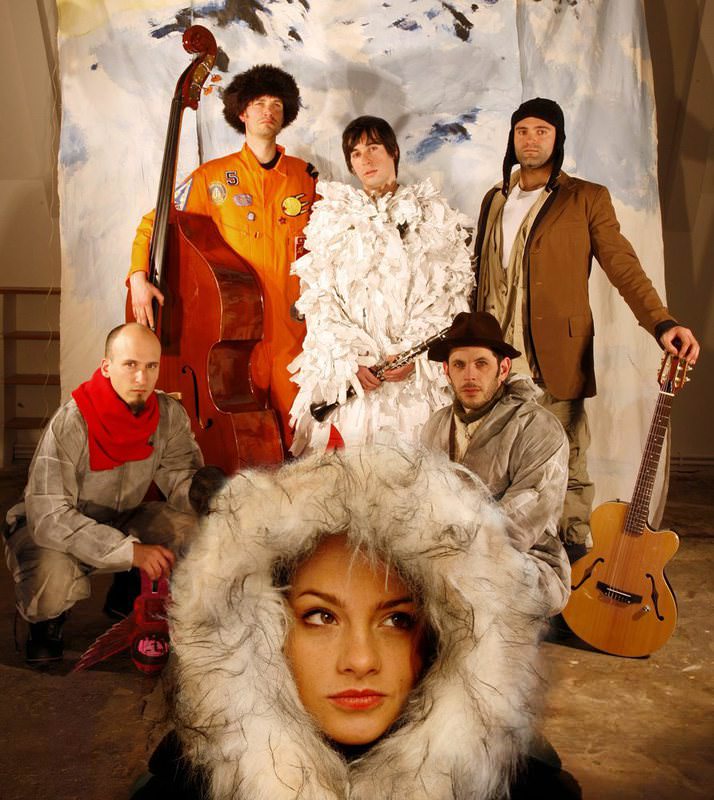 by Daily Sabah Feb 08, 2016 12:00 am
Composed of six London-based young musicians of Jewish origin, Oi Va Voi tries to label their identity crisis through music. The British band, which takes its name from the Yiddish word for "Oh my god," will perform a night full of music in İzmir. Founded toward the end of the '90s, the band was internationally recognized with their single "Refugee" from their 2003 studio album "Laughter through Tears." The band mostly uses trip-hop, ska, drum 'n' bass and traditional Balkan rhythms. The band's songs "Every Time," "Yuri" and "Yesterday's Mistakes" are popular around the world as the songs convey messages that everybody can relate to even if they do not speak the same language.