Istanbul's CRR presents a feast of violin and clarinet 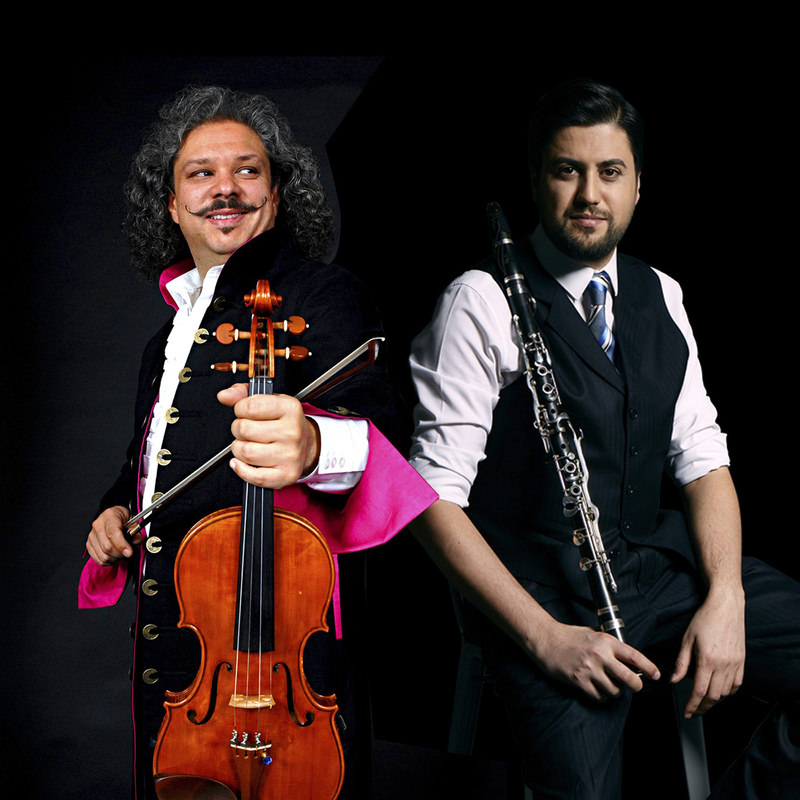 by Daily Sabah Feb 15, 2016 12:00 am
Violin and clarinet geniuses Roby Lakatos and Serkan Çağrı will take the stage at the Cemal Reşit Rey (CRR) Concert Hall on Feb. 15 by taking the audience on an amazing journey with their multidimensional interpretations and colorful performances. Known as "the Devil's Violinist," Roma violinist Roby Lakatos is a multidimensional, universal and extraordinary musician with his qualities as a composer, a violinist, a jazz improviser, and an arranger. Descending from Janos Bihari, the "King of Gypsy Violinists," Lakatos was introduced to music as a child and at the age of nine and he gave his first concert as first violin in a Romani band. In 1984 he studied at the Bela Bartok Conservatory in Budapest, and took classical violin lessons, later winning the first prize for classical violin in this school. Attending many international festivals and giving concerts all around the world, Lakatos took the stage with his band many times at "Les Ateliers de la Grande İlle" in Brussels between 1986 and 1996 as well as sharing the stage with Vadim Repin and Stephanie Graphelli.

Lakatos is renowned worldwide for his mix of Liszt, Brahms and other Hungarian musicians' classical music with Hungarian Romani music and jazz themes. Praised by world-famous clarinet doyen Giora Feidman ,saying "He started the point where I am today," Turkish clarinet player Serkan Çağrı won his first musical success at the age of 13 with the Best Clarinet Performer Award followed by his amazing countless performances and collaborations with formidable music figures including Sting, Ian Anderson, George Zamphir, Gypsy King Heritage, Giora Feidman, Vassilis Saleas, Ömer Faruk Tekbilek, and Ara Dinkjian. Depicted as having one of the strongest set of lungs in Turkish music and in the world, Çağrı is having a life full of fantastic musical successes including his solo concerts, collaborations with worldwide famous names, recordings, academic career, his role as a teacher, a clarinet brand named after him, his television program, and a doctorate thesis in the U.S. related to his career.