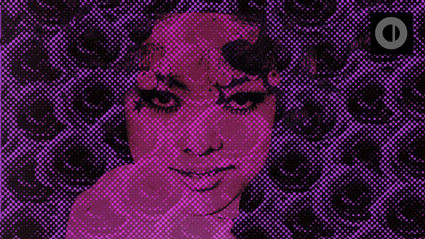 by Daily Sabah Feb 23, 2016 12:00 am
The 15th !f Istanbul Independent Film Festival continues to take over the city. On Feb. 23, the 1966 film "Funeral Parade of Roses" will be screened at Beyoğlu Fitaş Theater. One of the great pioneers of 1960s counter-cinema, Japanese director, video artist and critic Toshio Matsumoto gained a reputation through his radically different films that shattered social and aesthetic taboos by implementing challenging narratives with a provocative style. This contribution to Japanese New Wave is most often cited as a key influence on Stanley Kubrick's 1971 "A Clockwork Orange," yet it is equally significant for its unprecedented, forthright portrayal of transgender Eddie in the 1960s Tokyo underground. Matsumoto's daring debut feature alternates documentary-style interviews with self-described queens and an ecstatic, avant-garde interpretation of "Oedipus Rex." Bursting with innovation and energetic ideas, "Funeral Parade of Roses" could be one of the most imaginative cult films people have never seen.