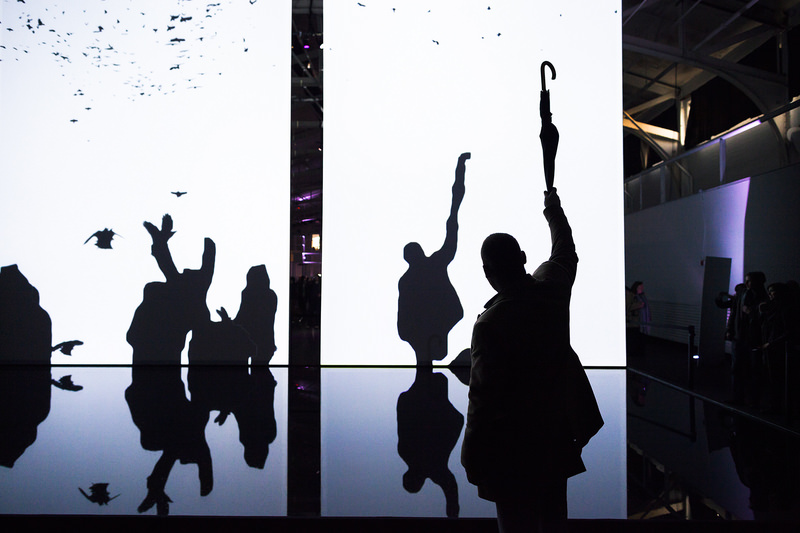 You go up a couple of escalators to reach the Sky Lounge, Zorlu Performing Arts Center's new exhibition area. Since Zorlu PSM is Europe's largest performing arts venue, my expectations are high as I enter the 5,200-square-meter Sky Lounge that has been transformed into a wonderland where the synergy between art and technology is on full display. 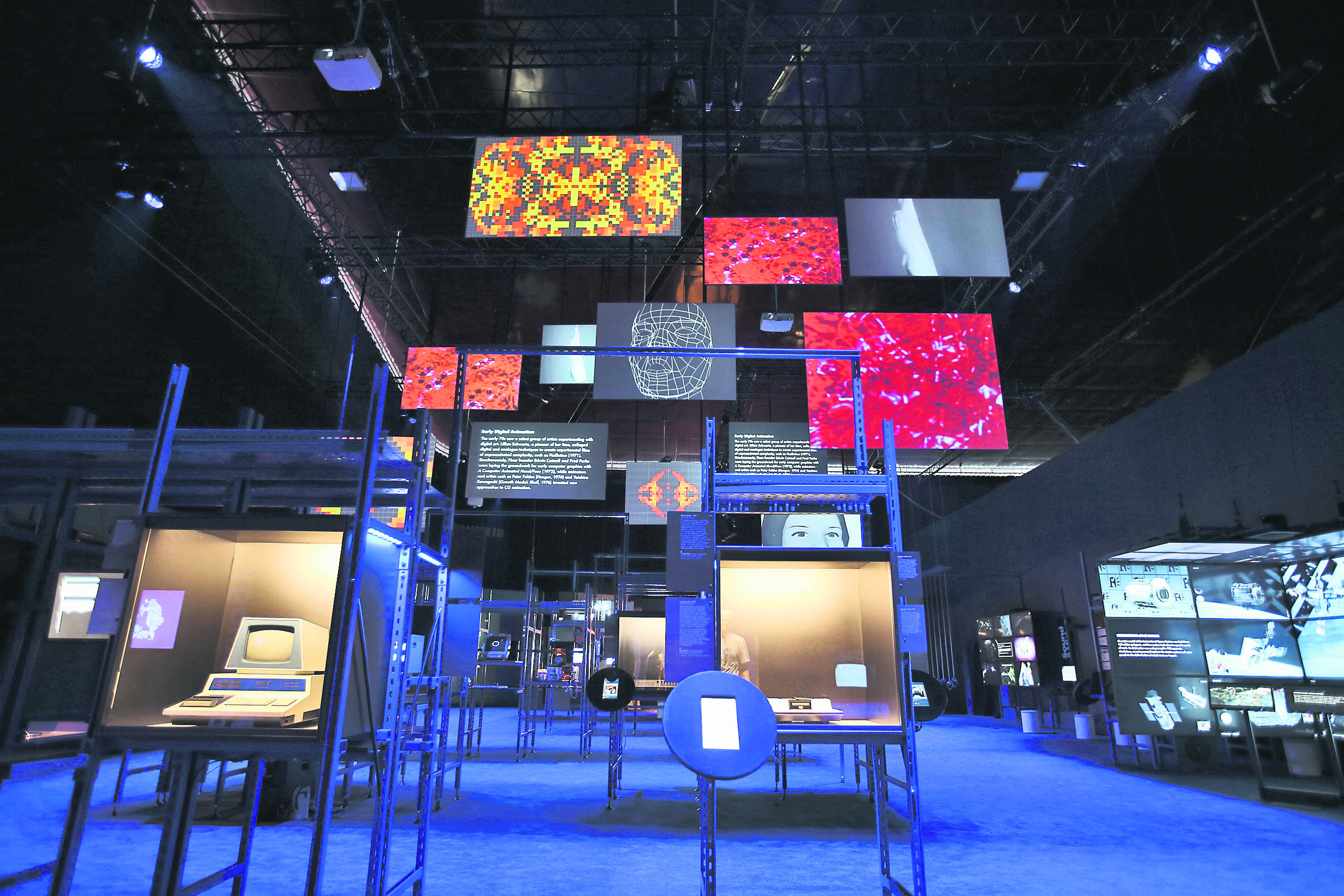 "The Digital Revolution" exhibition, a creation of London's Barbican Center, promises at least an hour full of entertainment and nostalgia. Interestingly, the nostalgia this show offers has to do with entertainment -- home entertainment in particular. Inside the Sky Lounge, visitors get to play with old game consoles like GameBoy and television entertainment systems like the Nintendo Entertainment System; there is an original Pac Man arcade machine as well as a collection of Mac computers, with models including Macintosh Classic, the original iMac and others.

"We take you on a journey of revolutionary change from the 1970s through to the present day, exploring key digital themes, including community, collaboration, storytelling, interactivity and code," the text at Sky Lounge's entrance informs us.

"Major works shown in the UK for the first time, include an exploration of visual effects (VFX) by Tim Webber in Alfonso Cuaron's film "Gravity" (2013), the sound and visual installation Pyramidi (2014) by will.i.am and Yuri Suzuki and The Treachery of Sanctuary (2012) by director Chris Milk. In partnership with Google we have commissioned four new interactive art works by Karsten Schmidt, Zach Lieberman, Varvara Guljajeva & Mar Canet, and Cyril Diagne & Beatrice Lartigue."

Careful readers will have noted the expression, "shown in the U.K. for the first time" and wonder what the U.K. has to do with the show. "Digital Revolution," which continues until June 12, is a traveling exhibition: it was first shown in London and then moved to Stockholm and then to Athens. All the material were originally produced and curated for a London show.

In an interview with Daily Sabah, the head of Barbican International Enterprises, Neil McConnon, talked about the challenges the Barbican team faced for this show

"The idea was to provide a platform for some of the key moments in recent history, where digital technology has been used 'creatively' to communicate in the past and present," McConnon said. "There is such a wealth of material, and much of the challenge for our curator, Conrad Bodman, was in the editing, whether it be within the field of contemporary art, design, cinema, music or video games." 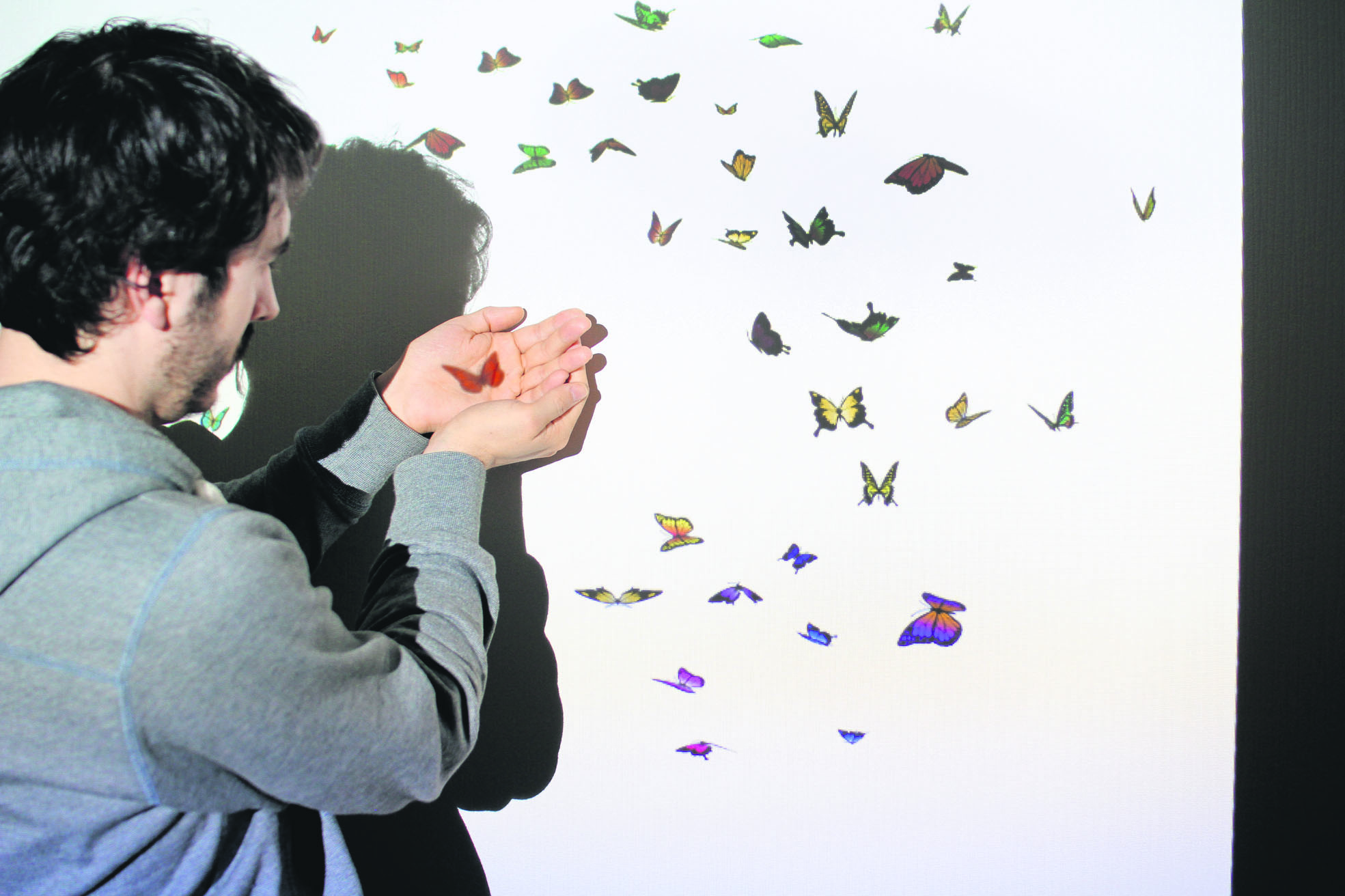 The result is a show that looks to the future and the past at the same instant. Like Janus, the Greek god of beginnings and transitions, whose face is directed towards future and past, the show asks us to both remember and imagine.

I asked McConnon whether game consoles or old computers featured in the show can play the role of Proust's madeleine - the cake thanks to which the French author starts recalling the past in his novel "The Remembrance of Things Past."

"Certainly for me, as a middle aged male, there is much to reflect on," McConnon said. "Whether it be in music, video games or web design, the Proustian madeleine is a factor. But I would suggest it is not simply nostalgia, but a genuine opportunity to consider how quickly our lives have changed for better or worse in a relatively short period of time."

The exhibition features futuristic works by a wide range of artists including Umbrellium (Usman Haque and Nitipak Samsen), Universal Everything, Yuri Suzuki, Pasha Shapiro and Ernst Webert. There is a selection of digital artworks by DevAr, and you can also see Chris Milk and Aaron Koblin's crowd-sourced website The Johnny Cash Project. Visitors get to watch an Arcade Fire music video, the Biophilia (Björk) application developed by the Scott Snibbe Studio, and the SCAPE (2012) application by Peter Chilvers and Brian Eno.

"Delve deeper into the Digital Revolution with our specially selected highlights from across the World Wide Web. Take a look behind the scenes at the special effects of "Gravity" and "Inception," explore the world of Minecraft and the coolest indie games you've yet to hear about or find out more about the evolution of digital art, from its early days to cutting edge code from Google," the exhibition text reads. "The exhibition builds on the Barbican's rich history of championing pioneering artists across all art forms that use digital technology within their work - including Merce Cunningham, Robert Lepage, Brian Eno, Aphex Twin and Rain Room by Random International."

"We were attempting to reflect the best examples, whether they be interactive or not," McConnon said. "There were limitations of course (not least the budget), but I think the intention was to show a range of strong approaches."

"The content of the Istanbul show has not changed significantly from the London version, but the venue most definitely has," he said. "There is more physical space at Zorlu PSM, and the teams attempted to make good use of this to allow the works to breathe. In many cases they are more impactful as a result. There are also more variations in the way that visitors can navigate the show, which again changes the experience in interesting ways."

When asked about whether "Digital Revolution" is a show about the future or the past, McConnon said, "It's arguably more of a comment about the present." "It is the present that colors our past and future," he added.
Last Update: Mar 05, 2016 2:49 pm
RELATED TOPICS