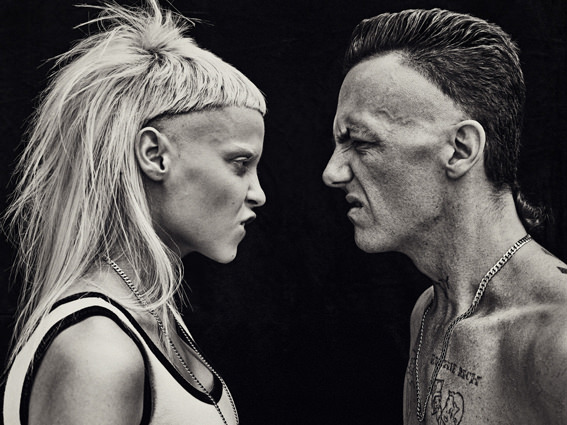 by Daily Sabah Apr 11, 2016 12:00 am
The South African hip-hop band Die Antwoord, who broke the rules of the music industry with their three studio albums and extraordinary music videos, will take the stage for their much-anticipated live performance debut in Turkey on June 5 at KüçükÇiflik Park as a part of the Dropout Festival. The band stands out with their distinctive sound that mixes hip-hop, punk, rap, rave and dubstep. They shot to fame with the video "Enter the Ninja" and feature film "Chappie," starring Australian actor Hugh Jackman. Apart from Die Antwoord, Modestep, Ceza, Lust, Furkan Kurt, Orkun Bozdemir, Boys N The Hood and The Fuck is Back will perform at the festival.