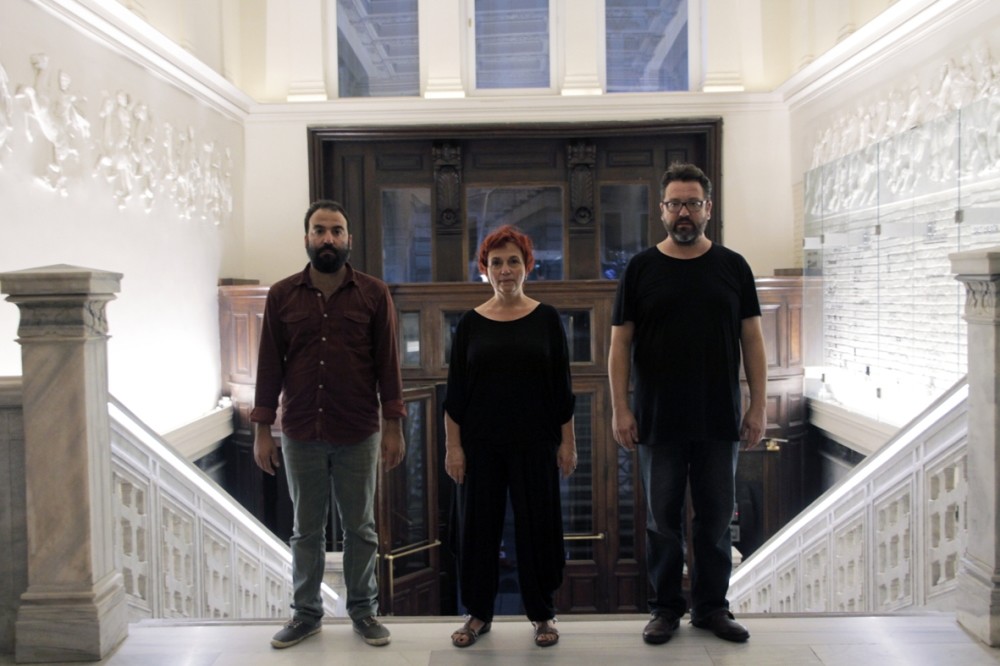 by Daily Sabah May 20, 2016 12:00 am
Following their first performance at SALT Galata in September 2015, the improvisational performance project Konjo continues its series of collaborations with composer and musicologist Alper Maral as part of SALT Galata's Long Thursday programs. The Konjo trio is formed by Şevket Akıncı, Orçun Baştürk and Sumru Ağıryürüyen, bringing their experience in diverse musical genres and years of experimentation with various styles and forms to the project. These musicians generate improvised compositions that evolve from the intersection of many traditions of music - from Central Asian melodies and blues to spoken word and the nuances of maqam (modal) music. Maral is known for his predominantly electroacoustic chamber music compositions and theater and film soundtracks, which usually have a dramaturgic arc and originate from the relational understanding of "culture within music, music within culture."