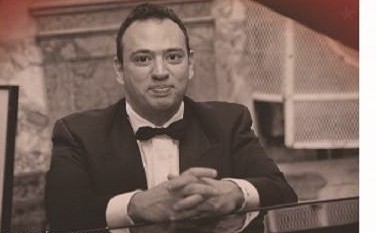 by Daily Sabah Jun 03, 2016 12:00 am
Piano virtuoso Şevki Karayel will perform for the closing concert of the Leyla Gencer Opera Stage on June 5 at 7 p.m. He will perform pieces by Robert Schumann, Frederic Chopin, Franz Liszt and Ahmet Adnan Saygun. Karayel won the Jugend Musiziert Competition in Cairo between German High Schools in Eastern Mediterranean Countries in 1994 and then won the Edwin Fischer Special Prize at the finals in Germany. He was awarded the Cultural Success Award in 2000 by Junior Chamber International and won the Special Jury-Outstanding Stage Performance Award at Bechstein International Piano Contest in 2004. His first solo performance was in 2005 with the Presidential Symphony Orchestra, and ever since he has performed in many countries, mainly Turkey and Germany, but also Italy, the Netherlands, Austria, Switzerland, Poland and Egypt.