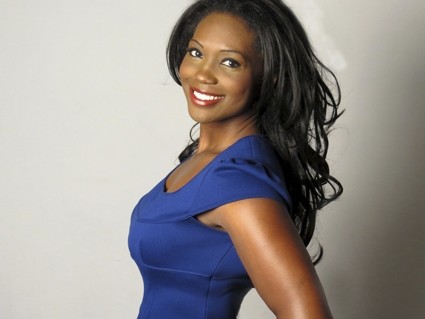 by Daily Sabah Jun 14, 2016 12:00 am
The Borusan Istanbul Philharmonic Orchestra, one of the most successful orchestras in Turkey, will perform with Angel Blue, described as one of the most outstanding singers of her generation. Angel Blue began her international music career with "Operalia" directed by Placido Domingo and won multiple awards for her performance in 2009. She was applauded for her distinguished performance at the Verbier Festival in 2010. For the last five years, the artist has performed in 30 countries around the globe and made a name for herself after shw was nominated in the Opera Awards in 2015. She is one of the most sought-after female opera singers in the world thanks to her range and theatrical talent. She played the character of Musetta in the British National Opera's production of "La Boheme" in 2013 and the character Mimi in the same production last season. She has been hailed by audiences as well as critics for her role as Musetta in La Scala Theater at the beginning of this season. She collaborates with Zubin Mehta, Placido Domingo and Simon Rattle in grand projects and regularly continues to give concerts at festivals around the world, including the BBC Proms and the Edinburgh Festival.