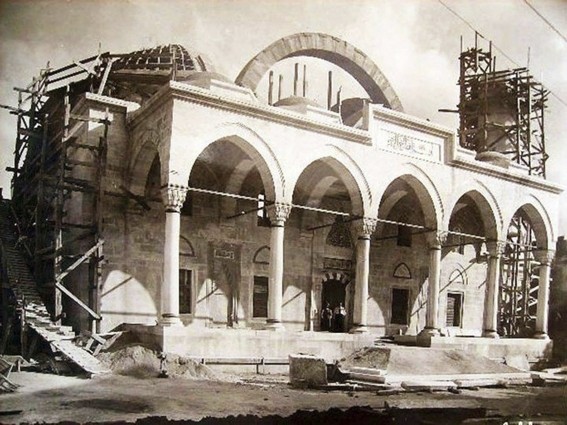 The skyline of Istanbul, which was founded on seven hills, is dotted with beautiful mosques and their minarets. Although centuries-old mosques built during the Ottoman era are mostly on tourist routes, the Şişli Mosque, built in the Republican era, stands tall as one of the milestones of Istanbul's modern architectural history

The Istanbul Research Institute (İAE) is hosting a documentary exhibition titled "An Ottoman Building in the Early Republican Era: The Şişli Mosque," featuring a selection gathered from the Suna and İnan Kıraç Foundation Photography Collection. The exhibition introduces the Şişli Mosque as the first monumental religious structure in Istanbul built in the Republican Era of Turkey though photographs and documents. 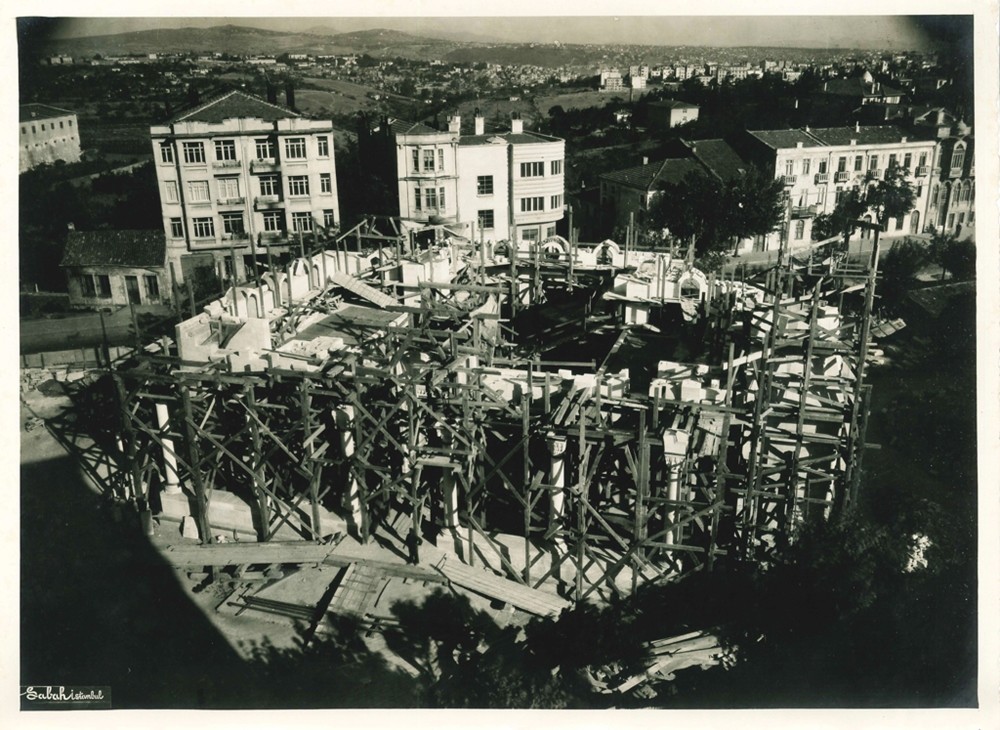 Located in Şişli Square between Büyükdere Avenue and Halaskargazi and Abide-i Hürriyet Streets in the Şişli district of Istanbul, Şişli Mosque was designed by Ali Vasfi Egeli who also served as the chief architect of Foundations. Egeli is widely known as one of the last representatives of First National Architectural Movement, which connected the late Ottoman style with the early republican architectural style. It is a fact that the Şişli Mosque, which is the first monumental religious structure of the early Republican era, reflects classic Ottoman architecture and serves as a prototype of thousands of neo-Ottoman mosques that have been constructed since present day. The mosque, built of gritstone, is situated within a walled courtyard and features three gates all over its complex. The building has a porticoed entrance porch, is topped with a main dome flanked by three half-domes and has a minaret featuring one gallery with muqarnas. 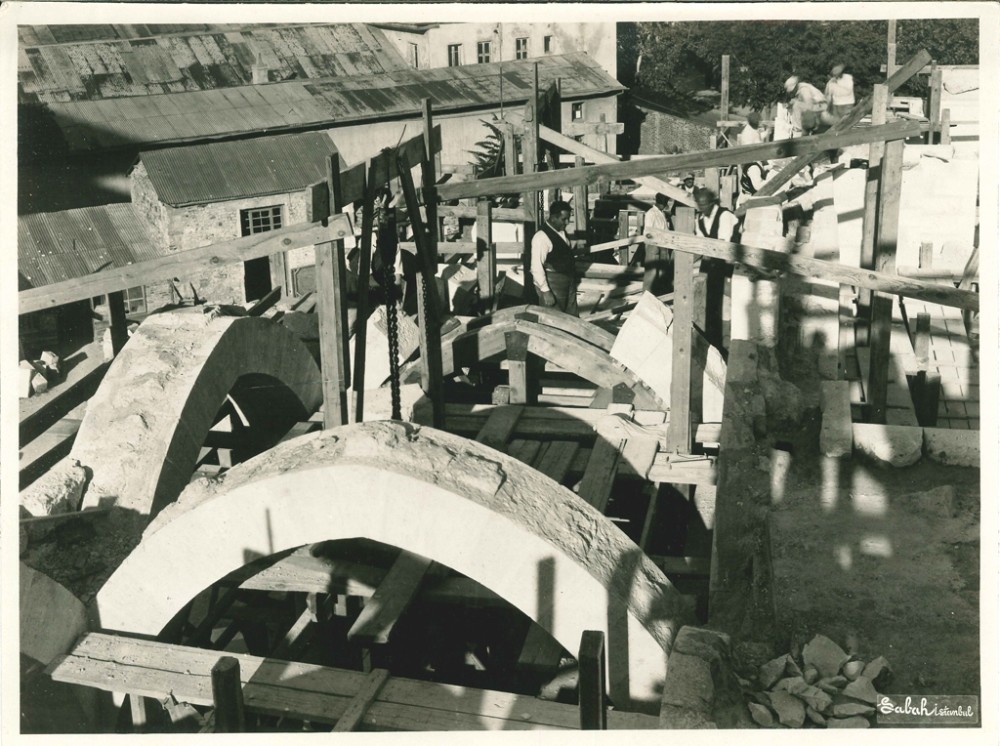 Apart from its architectural features, the Şişli Mosque is also important because it was built with the collective contributions of people instead of the sultan or high-ranking state officials. The publication is a first for Suna and İnan Kıraç Foundation Photography Collection.

As a part of the exhibition, the İAE also published a photo book for those who want to study the exhibition thoroughly. The photo album discusses the architectural journey of Şişli Mosque, the first monumental religious building of Republican Istanbul. One of the reasons Şişli Mosque was chosen for this study is that unlike the architectural thought and production of the 1940s, which was shaped throughout the country by winds of modernism, the mosque reflected the classical Ottoman style and has been accepted as a stylistic example. Furthermore, it is clear that the construction of the mosque was deliberately recorded between 1941 and 1949, since the photographs of the mosque that are published in the album were exclusively taken by Foto Sabah, which was one of the prominent photo studios of the time. In those years when documentation and preservation was not habitual and architectural work was seldom archived, such an effort is noteworthy. Through the photographs and documents, İAE's publication aims to shed light to Istanbul's historical identity though analysis.

Initiated by Suna and İnan Kıraç Foundation in 2007, the İAE is a well-rounded culture and arts project. Istanbul, which served as the capital city of the biggest empire ever established on earth including the Roman, Byzantine and Ottoman Empires, is the foremost starting point in discovering its identity as a megalopolis, or megacity, shaped over thousands of years, as well as in exploring the diverse cultural geographies surrounding the city. Therefore, Istanbul Research Institute follows the traces of civilization from the center towards the periphery, focusing on the cultural structure and the human profile, including Byzantine, Ottoman and the Republican periods of Istanbul. In doing so, the Institute aims to develop and support projects in light of these relevant research areas and to organize local and international conferences and other activities, consequently sharing the results with relevant institutions and the public through the media. The Institute aspires to realize its main objectives through the programs of the Byzantine, Ottoman and Republic Studies Sections it holds.

The İAE continues to exist within the historical building constructed in Tepebaşı by renowned architect Guglielmo Semprini in the 19th century. Aside from its "Gallery," designed to carry exhibitions the establishment produces, and the "Atatürk and Republic Studies" Ottoman Studies" and "Byzantine Studies" sections, the institute houses a library accessible to the public, as well as an Information-Documentation Center. Through these sub-divisions, İAE designed a research institution, which strives to represent Istanbul impeccably on an international platform, while upholding contemporary scientific criteria. The photographs collected by the founders of the institute over the years constituted the kernel of the Photography Collection of the Suna and İnan Kıraç Foundation. Since it foundation, this collection grew with acquisitions and other donations, reaching approximately 130,000 photographs, with Istanbul as their main focus and covering a period from the 1850s to the 1960s.