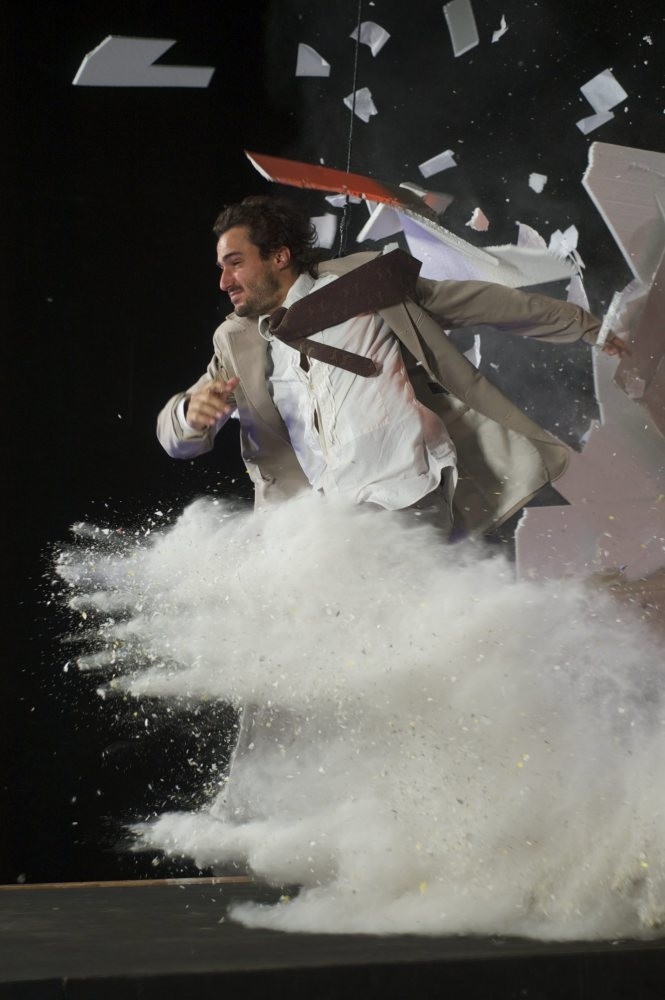 by Daily Sabah Sep 05, 2016 12:00 am
One of the world's most exciting stage performances, Fuerza Bruta, which has performed for almost two million audiences so far, will come to Turkey for the first time for exclusive performances following their shows in New York, Buenos Aires, London, Mexico, Beijing, Tel Aviv and Miami. From Nov. 16 to 20, the ensemble will take to the stage at Volkswagen Arena and sweep the feet of Istanbulites. The 70 minute show shall give Fuerza Bruta show their trademark skills to connect with their audience intellectually and create an emotional bond via creativity. Blending technology and art, they create an illusion with a 360 degrees stage. Created by the world renowned Argentinian genius Diqui James, Fuerza Bruta invites Istanbulites to a magnificent show of water, dance and acrobatics.