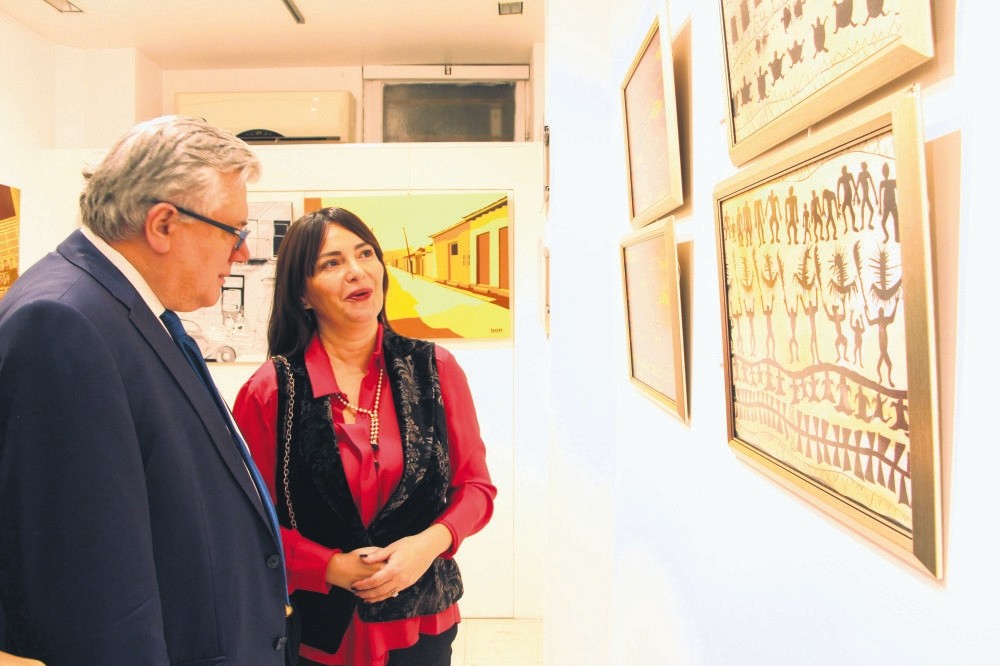 by Anadolu Agency Dec 09, 2016 12:00 am
An exhibition by the Association of Contemporary Artists in Paris, which brings works of Turkish painter Pınar Akarsu Tınç and French painter Dominique Massot together, has opened its doors to visitors in Paris.

Founded in 2015 with the aim of exhibiting works of Turkish and French painters every year in Turkey and France, the association's first exhibition opened at Linda Farrell Gallery in Paris.

The exhibition features the works of Tınç, who has been inspired by her birthplace Bozcaada and Reunion Island, where she moved after getting married. Her works bear the motifs and colors of the Aegean, African and Indian oceans.

The Istanbul-themed works of Dominique Massot, including "Galata" and "Vapur Çay Poğaça" (Ferry, Tea, Pastry), can also be seen at the exhibition. Massot, whose wife is Turkish, has already been in Istanbul many times.

Speaking to Anadolu Agency about this Turkish-French co-exhibition, Nazan Aktan, the head of the Association of Contemporary Artists in Paris, said their goal is to increase overall visibility of Turkish artists in France and effectively represent Turkey in the art world.

Saying they collaborate with the Ministry of Foreign Affairs for their works, Aktan added that their next project will be another painting exhibition by Devrim Erbil.
RELATED TOPICS