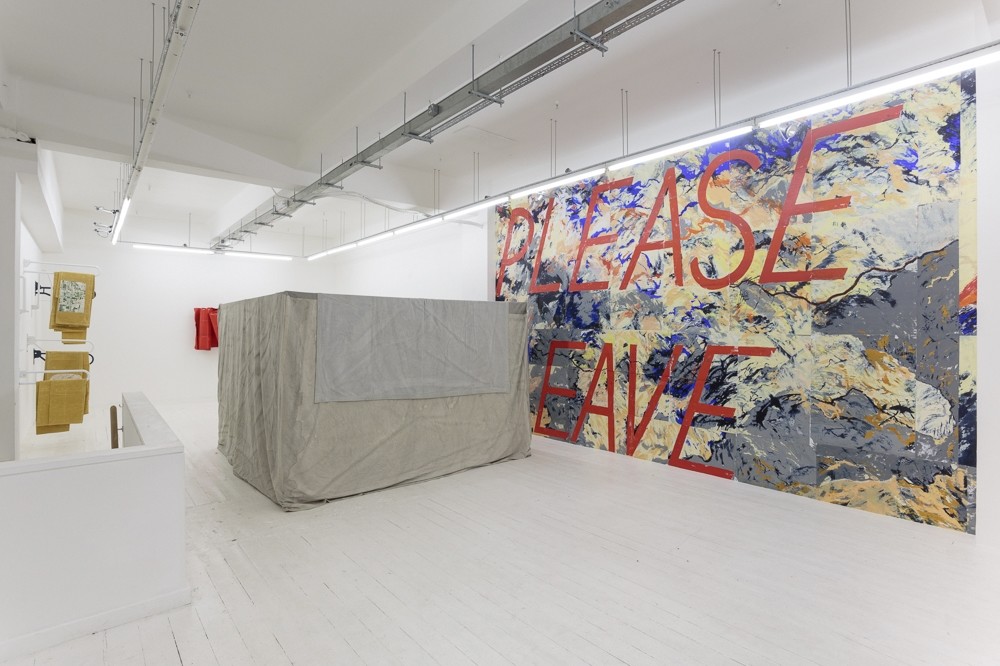 Curated by Sacha Craddock, the London branch of the Istanbul-based Pi Artworks gallery hosts a new exhibition exploring the notions of movement, freedom and space

It was freezing cold in London last week: a day of snow followed by a week of minus celcius temperatures, not exactly what Londoners expected in the days following the warmest Christmas in Britain's recent history. Walking on the streets of a city that always feels incomplete and under construction, I came across depressed pedestrians unsettled by the breeze and a new wave of strikes staged by city workers,who in their turn, were also depressed because of the things the city failed to offer them. Then, on a Wednesday afternoon, all that the city had recently been experiencing seemed to have come together, when I found myself on Eastcastle Street where one of the city's most interesting new galleries, the London branch of Istanbul's Pi Artworks, is located. The gallery's new exhibition, "Strike Site" consists of newly commissioned works by six artists: Ana Cvorovic, Anna Fasshauer, Alice Hartley and Jack Killick. Also on view at Pi Artworks Londonwas Brian Griffiths and Siobhan Hapaska's works.

Inside the gallery, Griffiths's "Small Partial (Borrowed World, Borrowed Eyes) grabbed my attention. This shrouded structure takes up a massive space inside the gallery and consists of canvas, steel, scenic paint, ropes, clips and primer eyelets.

"The combination of temporary and the sense of space use up, of attention drained and projected onto the rough yet lyrical strained canvas, mirrors both function and ineffectuality," writes Sacha Craddock, the curator, in the exhibition text."The shrouded structure dominates the space as if to absorb and deflect attention." 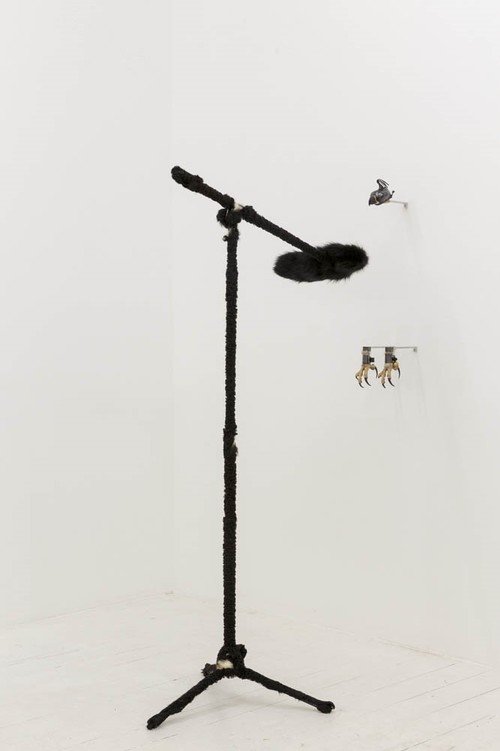 "It is important that you cannot see everything [artwork] at once, that the space unfurls and things are not understood as images alone," Craddocksaid in an interview with Daily Sabah last week. "I wanted to use the full scale of the gallery."

In "Strike Site" the curator seems to be focusing on the initial impressions of the viewer - the first moment in which she steps inside the gallery.

One of the initial shocks comes with Siobhan Hapaska's "So, Do You Have Any Regrets?," an installation made of resin eagle skulls, rabbit fur, fox tail and Persian lamb skin. The vie

wer is presented here with a disembodied bird of prey paced near a fur cloaked microphone. "Silenced but actively posing questions about a natural world harnessed, trapped and held still, for reasons both good and bad," the curator explains.

Both in Hapaska's works and in Ana Cvorovic's "Drop Down/Back Up," an installation that references and recreates the experience of temporary refugee camps, the viewer's experience with space dominatesthe whole show.

"That is true, I hope the space does dominate the experience," Craddock said. "Initial impressions should be of an unusual relation to surface, a sense of extreme levels of detail and generality." 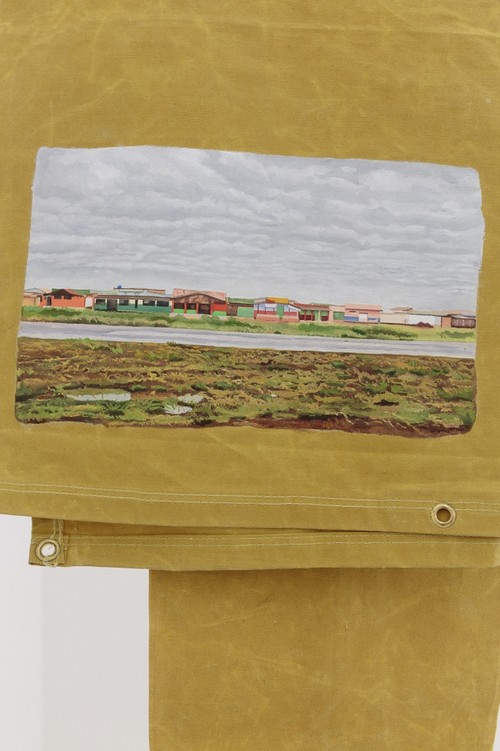 Some of the works here deal with nationalism and the migration crisis. "I rather hope that the work here in the exhibition runs parallel to huge issues and problems, such as those mentioned. Artists do, at varying levels, deal with this," the curator explained. "My job as a curator is to bring together works that do not illustrate issues or answers but instead carry the possibility of understanding them. Ana Cvorovic's work deals the most directly with migration, Alice Hartley's huge work alludes to both dismissive as well

as generous acts. Both Jack Killick and Brian Griffiths point to actual physical control and metaphysical emptiness. Siobhan Hapaska's work is a circular account of power while Anna Fasshauer produces pure emblematic gesture on nationalism and the production of oil, perhaps."

In the eyes of the curator, the show is foremost a reflection on the things that the world leaves behind. "The exhibition attempts to set a generous stage, in other words to stage a site, that mirrors the contradictory but nonetheless palpable sense of the temporary that comes with an exhibition of art in any situation," she explains.

"The existence of just about anything points to that which has been discarded or left behind. Itinerancy, whether elective or enforced, has become a primary characteristic of this generation. The works in 'Strike Site' collectively hint at a parallel preoccupation with movement and freedom, the power of art to make collective three-dimensional sense without illustration."

According to Craddock, these feelings of precarity and insecurity will be key to understanding the future of cosmopolitanism.

"People are consciously and unconsciously affected by a level of insecurity known by even the most apparently secure," she said.
RELATED TOPICS