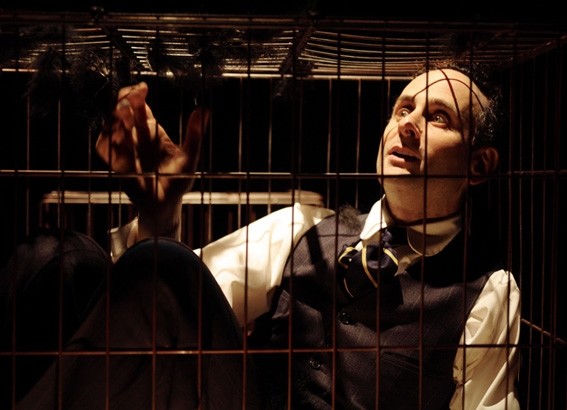 by daily sabah Mar 23, 2017 12:00 am
"Kafka and Son," a renowned play seen by audiences in many festivals in the United States, Europe and Africa, comes to Eskişehir on April 1. Prepared in cooperation with Theaturtle, Richard Jordan Productions Ltd. and Assembly Rooms, the play will be staged in English with Turkish surtitles. Starring Alon Nashman and directed by Mark Cassidy, this solo play won the "Outstanding Performance" award at the Prague Fringe Festival and the "Jury Prize" at the Thespis Festival. Following the story of a shy bureaucrat and an unsuccessful Jewish artist who still lives with his family despite turning 36, "Kafka and Son" will be staged at the Tepebaşı Municipality Zübeyde Hanim Cultural Center on April 1 at 8 p.m.