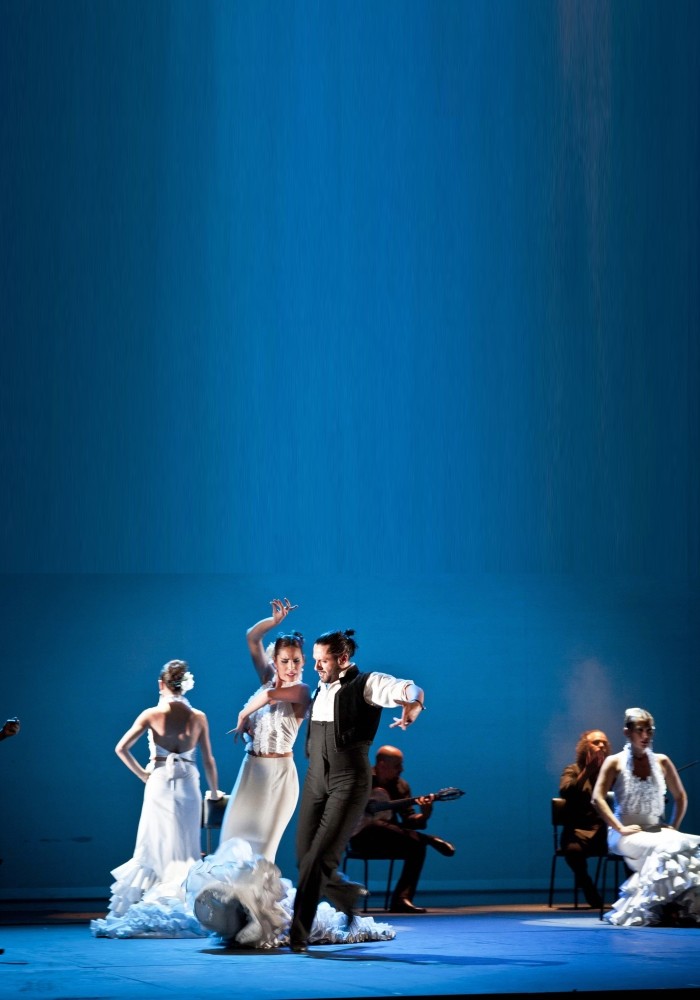 by Daily Sabah Apr 13, 2017 12:00 am
As a dancer and choreographer, Rafael Amargo blends what he has learned from some of the best teachers of flamenco with what he learned at Martha Graham School in New York. While his choreography can be defined as modern dance, he never wanders too far away from his roots, and presents a great harmony between the traditional and the modern on stage.

While Amargo broadened horizons through his flamenco choreographies, he took his career one step further with Luis Gordillo and Esperanza D'Ors. Bruce Weber and Christopher Makos produced exquisite photography shoots with him, and Amargo achieved great success with his performances "Poet in New York," "Amargo," "El Amor Brujo" and "Enrambloa." This success was seen both in Spain and around the world, and he won numerous awards including a Max Award. The prolific artist gained international fame after winning Italy's most prestigious award, Positano Leonide Massine, which was recently awarded to legends of ballet, including Rudolf Nureyev, Maurice Bejart and Lindsay Kemp, and the APDE Award, only presented to Spanish dance and flamenco teachers. In addition to this, afterwards his name started being mentioned alongside the likes of Antonio Gades and Matilde Coral.

"Poet in New York" was awarded the title of best performance of the last 10 years in 2002 at El Pais Public's Choice awards.

Another great accomplishment of Amargo is the choreography of "ZORRO," a West End Musical produced by Isabel Allende and Adam Kenwright and directed by Chris Renshaw with a soundtrack from Gipsy Kings, which toured various cities including Paris, Moscow, Tokyo and many states in the U.S., winning a Best Theater Choreography nomination at the Olivier Awards.

With 34 shows watched by 41,000 people at La Alhambra (Granada), Amargo has added another success story to his list with "Poet in New York."

Amargo has been involved in the live performance arts program, PLATEA, by the Spanish Ministry of Culture between 2014 and 2016, and has also won the Fine Arts Gold Medal from the Spanish government.
RELATED TOPICS