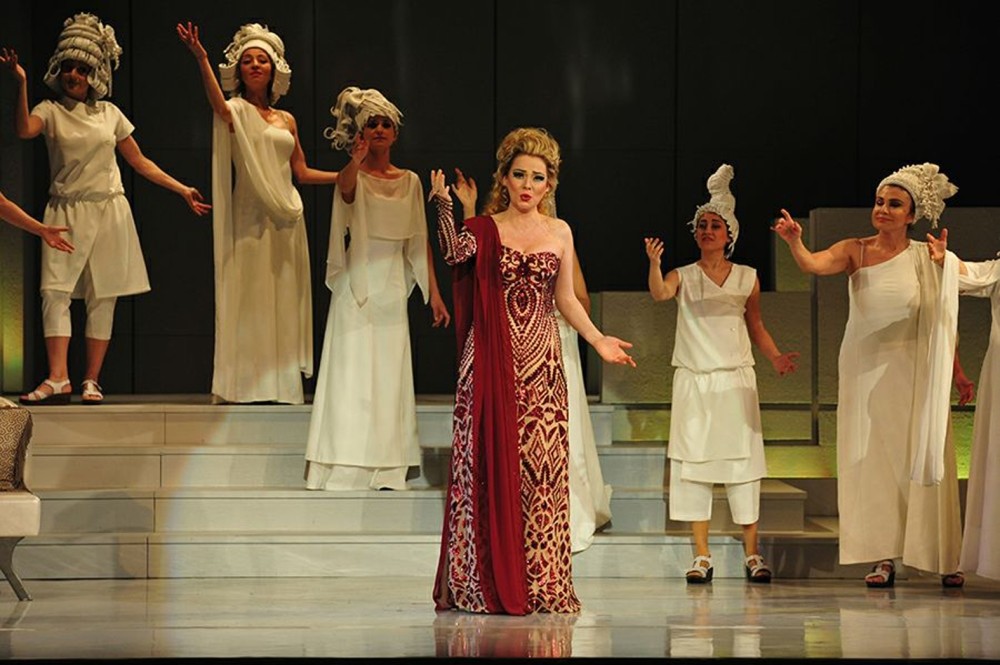 Jacques Offenbach's "La Belle Helene" ("The Beautiful Helene") operetta will be staged under the direction of Murat Göksu by the Istanbul State Opera and Ballet for the first time in Turkey.

The piece narrates the escape story of the queen of Sparta and Menelaos's wife Helen and Paris, the son of the king of Troy, in an amusing way. The Troy King Priamos's son Paris comes to Sparta with a letter that the goddess Venus sent to Calcash, the high priest of the temple of Jupiter. As Venus commands the high priest to make Helene fall in love with Paris, her promise to Paris results in a reward, and Venus is deemed the most beautiful goddess in a beauty competition, beating both Juno and Minerva.

On the other hand, Paris wins an old and ridiculous crossword competition, in the disguise of a shepherd, whose theme is old mythological Greek kings. Afterwards, Paris explains his real identity and everyone is made aware that Paris is giving an apple to Venus as a gift. Helene understands that the one who sends this guy to her is an "inauspicious destiny." Paris is invited to a feast by Menelas. He gives a high tip to Calchas so that Philocome will ring his bell, creating thunder and soothsay to make Menelas go to Crete urgently. Calchas, who is known as an "honest" high priest, was declared a cheat in gambling and a parody is made about the lives and behaviors of Greek royals.

One night, Paris secretly comes to Helene. While these two were in each other's arms, Menelas unexpectedly pops in. Regarding what happened, Helene puts the blame on her husband.

According to Helene, a decent husband must know when to approach or when to stay away from his wife. Paris tells Menelas that he should not make this a scandal, otherwise, everyone will get hurt. However, Menelas does not listen to them and calls all the kings to his room. All of them accuse Paris and ask him to go back where he came from. Paris leaves the room but he takes an oath to come back again and be successful the next time. The kings and their entourage settle down in a coastal town for the summer.

A Venus temple priest comes with a ship and states that he has been appointed with the duty of taking Helene to Thunder Island. There, Helene is supposed to sacrifice 1,000 white cattle as a penalty for what she did. Menelas accepts this request of the priest with pleasure and asks his wife to fulfill it. At first, Helene shouts out that she will not do it; however, when she realizes that this priest is actually Paris in disguise, she gets on a boat with him and leaves. When Menelas learns that he was fooled by them, he declares war.