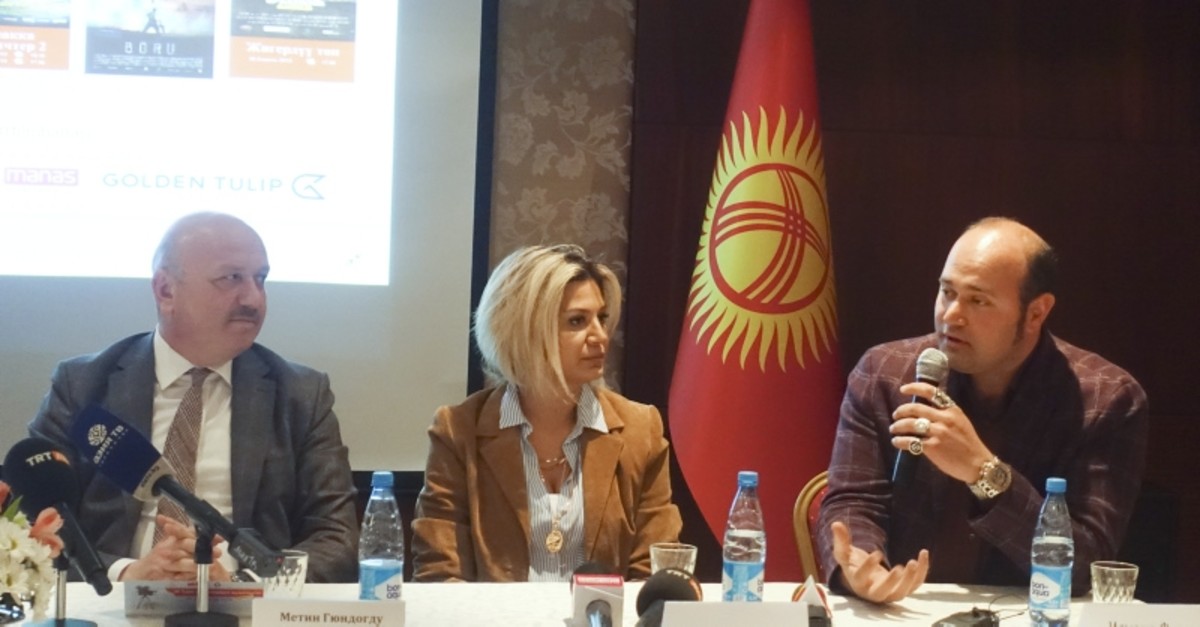 The annual Turkish Film Week kicked off in Kyrgyzstan on Monday with the contributions of Kyrgyz-Turkish Manas University and Turkey's Culture and Tourism Ministry.

The event is organized by Yerli Düşünce Derneği, a Turkish foundation based in capital Ankara.

Speaking at the inauguration ceremony hosted by the Bishkek Embassy, Director Öner Kılıç who is also the coordinator of the event said they will present five internationally-awarded Turkish movies to Kyrgyzstan during the program.

Kılıç said they had held similar organizations in many Asian and European countries, but their aim was not just to present the movies to a new audience but also to bring Kyrgyz and Turkish filmmakers together to encourage them to produce movies together, adding that talks are currently underway with Kyrgyz producers and directors for possible collaborations.

During the 5-day event, visitors will also be able to learn the Turkish marbling art of "ebru".

Yalçın Topçu, chief advisor to President Erdoğan, said he was very happy to see that this art will be introduced to a new audience as well.

"Ebru represents Turkic nations in the best possible way," Topçu said, adding that Turkic nations around the world were like all the different colors used in the marbling art.

Turkey's Ambassador to Bishkek Kamil Fırat Cengiz noted that they have been conducting various studies regarding the common culture shared by Kyrgyz and Turkish people, "In particular, we are working on projects related to the epic of Manas," he added.

The director and producer of the animation Ismail Fidan said that the second part of the movie will be shot at the Göbeklitepe archeological site, dubbed ground zero of human history.

Kyrgyz cinema lovers will be able to see the popular Turkish movies, "Bizim İçin Şampiyon" (Champion), "Çakallarla Dans 5" (Dance with the Jackals 5),"Organize İşler Sazan Sarmalı," and "Börü" along with the animation for free until April 26.