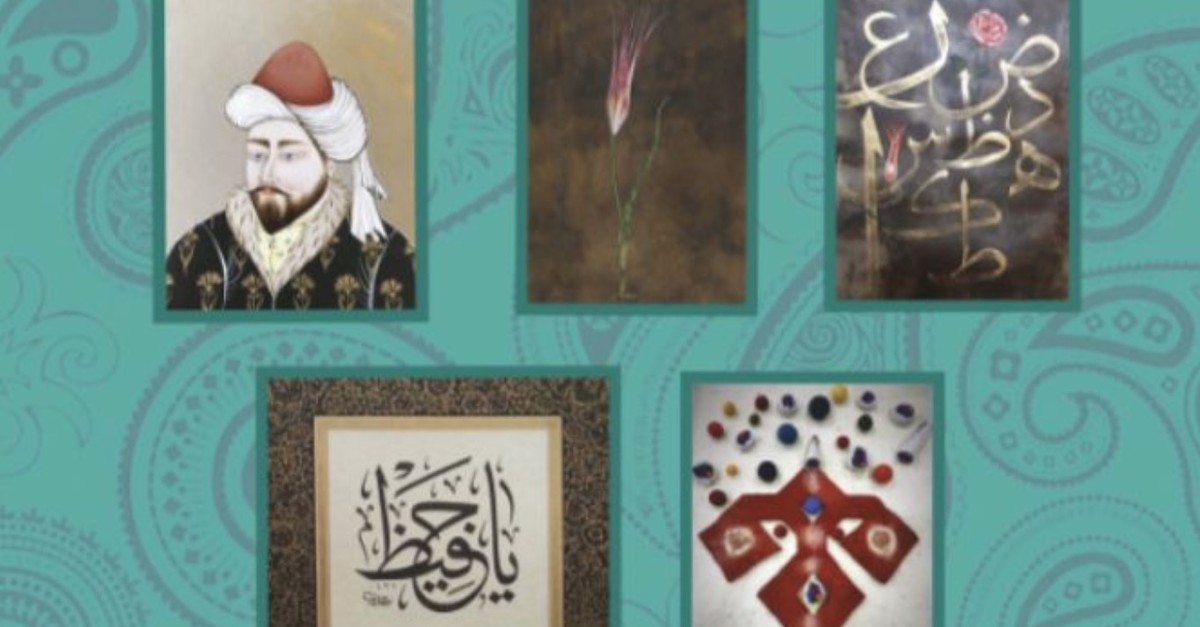 An exhibition showcasing traditional Turkish arts opened in the Russian capital Moscow Thursday within the scope of the mutually-declared 2019 Russia-Turkey cultural year.

The exhibition displays traditional arts belonging to the Ottoman and Turkish cultures such as marbling (ebru), illuminated manuscripts (tezhip), calligraphy (hat), carpet, mat and miniature crafts, and was organized with the collaboration of Turkey's Yunus Emre Institute (YEE) and the Turkish Embassy in Moscow.

During the opening ceremony attended by Turkish and Russian officials, Turkey's Ambassador to Moscow Mehmet Samsar noted that artwork gained great importance and diversity during the Ottoman period.

"The deepest and most meaningful examples of the cultural richness of a nation are its artworks," Samsar said.

Academics and artists from the Hacı Bayram Veli University's faculty of arts and design also attended the exhibition.

Kadir Sakoğlu, a Turkish calligraphy artist and academician from the Ankara-based university told Anadolu Agency (AA) that he found great happiness in introducing the traditional Turkish arts to the Russian people.

"Handicrafts are the arts that describe Turkish culture in the best way," Sakoğlu said.

One Russian citizen who attended the exhibit, Varvara Lubenskaya, told AA that she has a great interest in Turkish culture, adding: "We found an opportunity not only to see the art here but also an opportunity to perform it. It is incredibly exciting."