Every timbre of music at Zorlu PSM art events this week 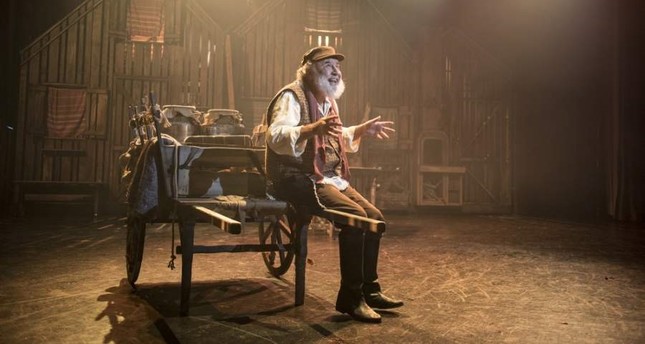 Şirin Soysal, the first Turkish artist to perform at the Ertegün Jazz Series in Washington D.C., Giolì & Assia, favorite figures from Italy thanks to their energetic performances now ready to meet the audience for the first time in Turkey, and SAMA, one of the leading DJs in Palestine known for her striking techno beats, and many other significant figures will offer unforgettable performances this week at the Zorlu Performing Arts Center (PSM).

İbrahim Selim, who has been attracting a loyal audience with his powerful content on YouTube, continues to welcome surprise guest artists in different areas of interest in his new program “Tonight with İbrahim Selim” with his topics related to Turkey and the agenda. While the program “Tonight with İbrahim Selim” meets the audience at club touché of Zorlu PSM every week during the season, the program will also be available on Zorlu PSM's YouTube channel. Selim will be on stage tonight at 9 p.m., but the doors will open for the audience at 7:30 p.m.

Naxatras is a psychedelic hard rock band that was established in 2012 offering vintage touches with the use of analog machines during recording, mixing and mastering. The band has won the hearts of listeners with their energy-packed live performances. They will perform at %100 Studio in Zorlu PSM at 8:30 p.m. on Oct. 24. Blending progressive and psychedelic rock, funk and jazz timbres with a visual show, Naxatras will present a memorable night with guitar solos that will beam them into the 1970s for their listeners.

Esra Zeynep Yücel, one of the few musicians accepted into Stanford Jazz Academy, will be performing at touché on Oct. 24 at 9 p.m. She will be accompanied by pianist Kaan Bıyıkoğlu, one of the leading jazz musicians in Turkey, contrabassist Ozan Musluoğlu, trumpeter Efe Gazi and drummer Fırtına Kıral. The doors will be open at 7:30 p.m.

Şirin Soysal, one of the first Turkish artists to perform at Ertegün Jazz Series in Washington D.C. and winning the title of “Jaz Jazz Artist of the Year” at the Bosporus Music Awards in 2017, is preparing to appear before the audience with her own repertoire. Soysal, who has performed at various jazz festivals all over Turkey with great praise from maestros, will meet the audience at touché on the evening of Oct. 25 for an evening of amazing jazz. While the doors will open at 7:30 p.m., the artist will take the stage at 9:30 p.m.

Italy's outstanding artists Giolì & Assia successfully combine different genres ranging from indie-pop to afro house. With Assia’s charming voice and Giolì’s music adorned with various instruments, the Italian young duo is preparing to perform for the first time in Turkey at %100 Studio with an energetic performance. They will be on the stage at 11 p.m. on Oct. 25.

Performing at prestigious festivals and venues along with the distinguished names of both the local and international scene, Kürşad Deniz is preparing to combine his broad repertoire with the unique vocals of Sibel Köse and valuable musicians who meld their dedication to jazz and their experience in different formations in one crucible. The performance will meet music lovers at touché at 9:30 p.m. on Saturday, Oct. 26.

SAMA, one of the leading DJs performing in Palestine, who has managed to quickly find popularity in Europe with her striking techno beats, made a name for herself with her mixes at memorable parties in the city of Ramallah in 2006. SAMA, who touches every corner of electronics and techno with her own productions, will be at %100 Studio at Halloween Party V.3 - Bloody Techno at 11 p.m. on Saturday, Oct. 26.

'Fiddler on the Roof'

One of the 15 longest-staged works on Broadway, the musical “Fiddler on the Roof” continues to meet the audience with Zorlu PSM production. Starring popular actress Binnur Kaya and Mehmet Ali Kaptanlar, an important name in state theater, continues to perform for theater enthusiasts at Zorlu PSM with its crowded cast. The play will be staged on Turkcell Platinum Stage at 8.30 p.m. on Sunday, Oct. 27.

Share on Facebook Share on Twitter
Previous in Events In her first institutional solo show in Turkey for the inaugural exhibition... Next in Events Reconstructing traditional and contemporary art, Zeynep Çilek Çimen...
DAILY SABAH RECOMMENDS