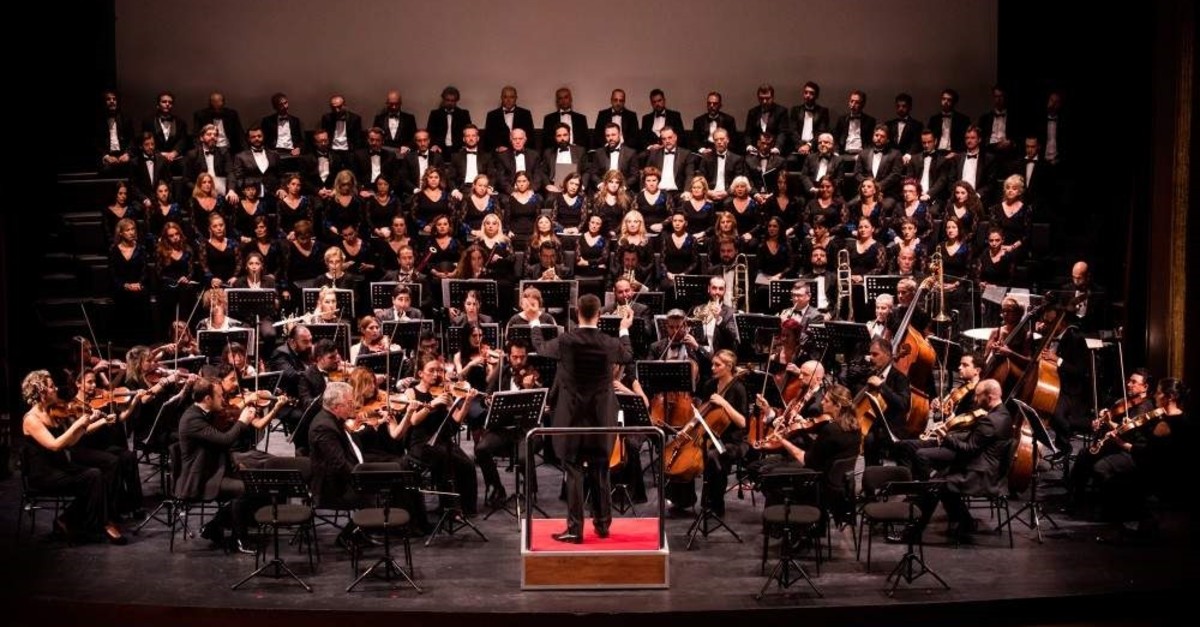 Istanbul State Opera and Ballet will perform under the baton of Zdravko Lazarov.
by daily sabah
Nov 08, 2019 7:26 pm
Istanbul State Opera and Ballet (İDOB) will perform Giuseppe Verdi’s “Messa da Requiem” at Kadıköy Süreyya Opera stage Nov. 9-10.
“Messa da Requiem,” first performed at the Church of San Marco in Milan in 1874, is considered Verdi's most important non-operatic work that had great repercussions. Verdi composed the work, also called “Requiem Mass,” as a lament for the death of leading Italian poet and playwright Alessandro Manzoni, which was mourned across the nation.
“Requiem Mass,” one of the most performed and well-known choral works, will be conducted by conductor Zdravko Lazarov and choir master Volkan Akkoç. Soloists will be sopranos Perihan Artan and Evren Ekşi, mezzosopranos Aylin Ateş and Barbora Hitay, tenors Bülent Külekçi and Aydın Uştuk, and bass Suat Arıkan.
Last Update: Dec 20, 2019 1:32 am