'Inside Out II' reveals duality of human's inner world 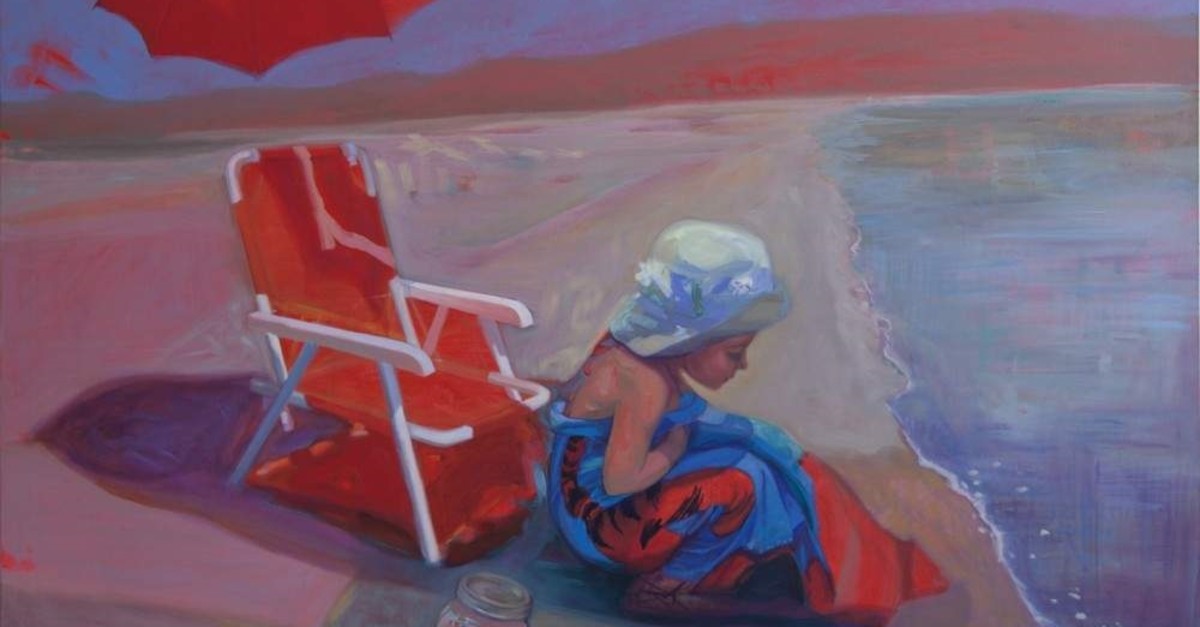 The artist's works include children in the theme of duality.
by Daily Sabah Nov 27, 2019 6:44 pm
Galeri Diani is hosting an exhibition entitled “Inside Out II” by Sevinç Çiftçi, a young painter who has made a name for herself in the art of figurative painting in recent years, from Nov. 16 to Dec. 3. Through “Inside Out II,” the artist invites us to dwell on the duality of the inner world and nature of human beings.
“I have recently realized that I am pursuing those brief moments, which include the contradiction of what they appear to be. This journey has led me to focus on dualities in human nature. In these dichotomies, when we can look the opposite way, we realize that the pure is something wild and what is present lies in the past. The light that filters into us in at moments when we remove our social attire invites us to explore within and enter the consciousness at the time of our birth,” the artist states.
The artist presented her first exhibition “Inside Out I,” playing on a similar theme in Berlin in October 2018. She states that she will continue to explore this theme for a long time. The second exhibition of the series, “Inside Out II” will feature a selection of oil paintings and paper works that Çiftçi has produced using mixed media.
"It is simple to turn inside out and swap inside and out," says critic Özcan Türkmen, noting how one can glean the invisible side of an object or phenomenon. He describes this process as a journey of consciousness and free labor that adds real meaning to human life. He noted that Çiftçi's paintings mark a pause on a personal journey that meets and overlaps with the story of the other in the company with a rich variety of subjects and images, from animals to children, consumer goods, homes, indoor areas, and more.
Children form one of the main subjects of the painter’s artistic journey and also included in the theme of duality. In some works, children appear as the elders of the future, to the extent of being pushed toward another world as they mature. Others are shown with purity and fragility.
The exhibition is set to carry the audience through a vast universe of possibilities brought about by the shocking juxtapositions of life - the savage and the ornate, the guilty and innocent, the forbidden and the norm.
Sevinç Çiftçi was born in Istanbul in 1976 and studied painting at Mimar Sinan University’s Fine Arts Faculty, graduating in 1997. She worked as an art director in cinema and television for 10 years, designing costumes and decor for many projects. She then taught art directing at the Türvak Film and Television School. In 2008, she completed the Drama Leadership Program at the Oluşum Drama Institute and conducted a course on art movements and drama at the same institution. She has organized various drama workshops with children at several biennials and fairs. In 2012, she participated in the Florence Academy of Art Painting Figure in Oil program in Italy. Her works have appeared in national and international painting exhibitions as well as in her solo exhibitions. The artist is still working at her workshop in Istanbul.
Last Update: Dec 20, 2019 1:58 am
RELATED TOPICS