Pagagnini to present mix of classical music, humor in Istanbul 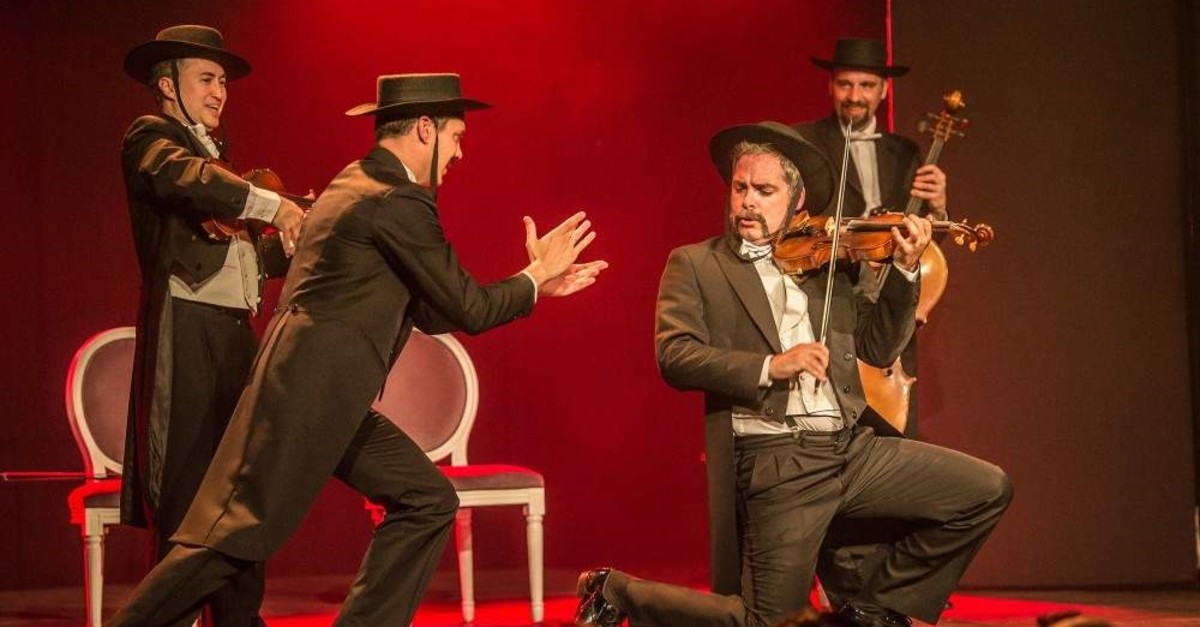 Inspired by the creative works of Niccolo Paganini, one of the most important violin virtuosos in the history of classical music, the Pagagnini quartet offers audiences entertaining, dynamic and contemporary classical music. They will be performing at Cemal Reşit Rey Concert Hall in Istanbul's Harbiye neighborhood on Dec. 9.

The genius of the legendary violin virtuoso and composer Paganini will be reflected not only in the name of the show but also in its flow. The virtuoso quartet consisting of Thomas Potiron, Fernando Clemente, Gueorgui Fournadjiev and Isaac M. Pulet will bring Paganini's sophisticated compositions, audacious personality and indisputable talent to the stage.

In addition to Paganini's compositions, the artists will perform a colorful repertoire including the works of Wolfgang Amadeus Mozart, Johann Pachelbel, Frederic Chopin, Luigi Boccherini, Manuel de Falla and Pablo de Sarasate, as well as rock and folk melodies.

Pagagnini quartet, full of surprises where cellos and violins turn into guitar, mandolin and percussion instruments, will combine humor and music and make the audience a part of the show.

Having won the acclaim of both young and old with their performances around the world, Pagagnini will bring different musical tastes together and provide the audience with a potpourri of emotions.

Trained at the Bordeaux Conservatory, Thomas Potiron will stage a violin performance. Awarded the first prize in a violin competition in 1999 and an honor award the following year, he became one of the chief violinists of the Madrid Symphony Orchestra.

Other violin virtuosos in the concert are Fernando Clemente and Isaac M. Pulet. Clemente began his musical education at the Conservatory of Seville. Performing in a wide range of genres – from world music to jazz and from techno to folk melodies and Flamenco – he composes works for dance performances, audiovisual projects and films. Pulet, who has a long and successful career in classical music, specializes in Baroque violin.

Gueorgui Fournadjiev will play the violoncello at the concert. In addition to his orchestral works, Fournadjiev has been a part of Pagagnini since 2014. He also took part in the Japan tour of María Pagés, who is a prominent figure in Flamenco.