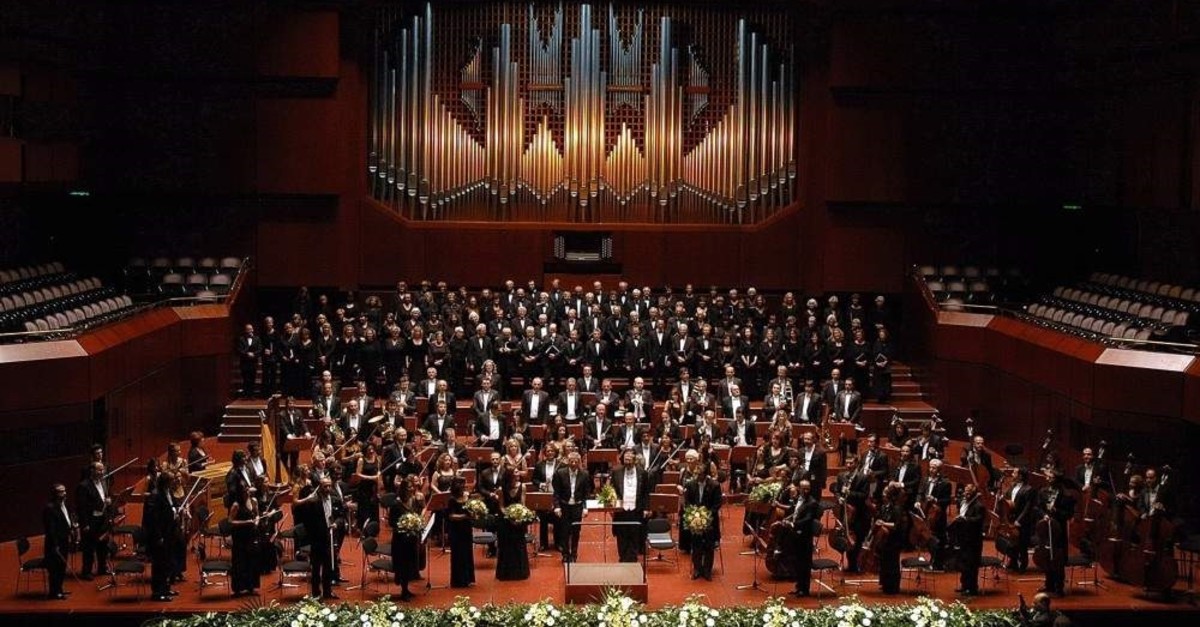 The Presidential Symphony Orchestra (CSO) will perform Neapolitan songs and arias at the concert on Dec. 27.
by Anadolu Agency Dec 24, 2019 7:29 pm

The Presidential Symphony Orchestra (CSO) will host a magnificent New Year's concert, where a world-famous Italian tenor group and successful ballet dancer Tan Sağtürk will meet with the audience, in the capital of Ankara on Dec. 27.

With the concert to be held at Ankara Sports Hall under the direction of CSO music director conductor Rengim Gökmen, CSO will celebrate the 100th anniversary of the arrival of the Republic's founder Mustafa Kemal Atatürk in Ankara during the War of Independence and the year 2020 with a special repertoire and choreography.

The world-famous "The Four Italian Tenors" will meet with music lovers in Ankara for the first time at this concert. In an interview with Anadolu Agency (AA), conductor Rengim Gökmen said that CSO's New Year concerts have become traditional and that they aim to present a concert that caters to all ages, all professional groups and all music lovers this year as in previous years.

"Our New Year's concert will be even more spectacular for the 100th anniversary of Atatürk's arrival in Ankara. 'The Four Italian Tenors,' one of the world's most famous bands, will perform a concert. They will perform Neapolitan songs, arias and distinguished works," Gökmen added. Noting that a new piece was prepared for the concert by Yusuf Yalçın, Gökmen stated that the work would be performed by guest dancer Tan Sağtürk, choreographed by Mehmet Balkan, one of the artists of the State Opera and Ballet.

"We will emphasize the importance of the arrival of Atatürk in Ankara and bring together arrangements, dances and works with art lovers. Art lovers will have the opportunity to listen to a special concert," CSO Director Altan Kalmukoğlu pointed out. Kalmukoğlu emphasized that Turkey's public broadcaster TRT will broadcast the concert live, adding: "As in previous years, we aim to reach up to 15,000 viewers. We will present a repertoire of the most outstanding works of singing, tenor repertoire and arias. The State Polyphonic Choir of the Ministry of Culture and Tourism, led by conductor Burak Onur Erdem, and the State Folk Dance Ensemble of the Ministry of Culture and Tourism, led by art director Yıldız Çankaya, will also take part in the program of this meaningful and special day. We will present a magnificent show in which we will perform our Turkish works as well." He invited all the art lovers in Ankara to the concert.

The concert will also be staged at Zorlu Performing Arts Center (PSM) on Jan. 3.