1930s America on opera stage with 'Gangster' musical in Ankara 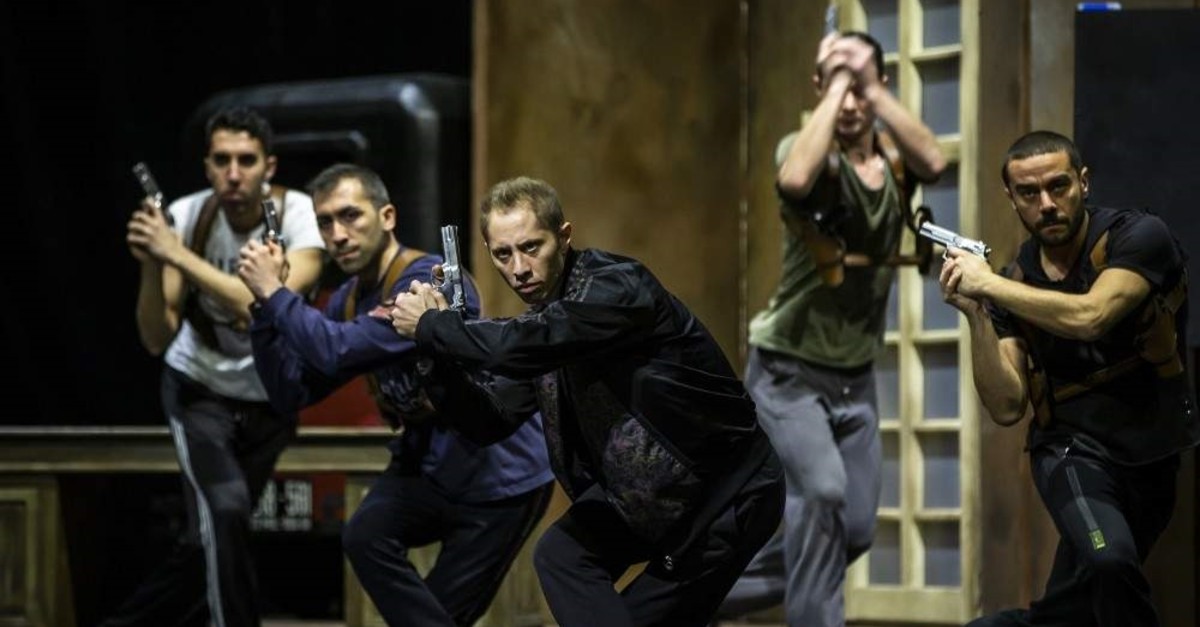 The ,Gangster, musical brings the U.S. of the 1930s to Ankara with tap dance performances accompanied by period costumes. (AA Photo)
by Anadolu Agency
Jan 09, 2020 4:24 pm

The world premiere of the "Gangster" musical, which will be staged by the Ankara State Opera and Ballet Modern Dance Ensemble, will be held Saturday, Jan. 11 in the capital Ankara.

The musical tells the story of a gangster robbing banks that the public thinks are responsible for the troubles they experience during the economic crisis. It bears traces of the life of John Dillinger, considered a "folk hero" in the U.S. of the 1930s, but wanted by the police as "a public enemy." The work brings the U.S. of the 1930s to Ankara with its jazz and big band performances, as well as its tap, rock and roll, charleston, twist dances and period costumes.

The musical, where the rhythm never drops, attracts attention with its changing decor on stage. Speaking to Anadolu Agency (AA), Nilgün Bilsel Demirel, the director and choreographer of the work, described "Gangster" as "a mosaic of everything that should happen in a musical, such as dance, jazz orchestra, and theater."

Demireller stated that her brother proposed a gangster story while she was looking for a story where she could bring modern and classical jazz and tap dance while also bringing Broadway cabarets to the stage.

"This musical is entirely my fiction, I wrote the script myself. Since the period was the 1930s, the music was jazz, and it required bing bands. It is very difficult to dance with such moving and powerful music. We usually see rock and roll on big band tracks like this in the U.S. I did tap dance, not rock and roll. I have studied the period of jazz, the tracks are always suitable for dramaturgy, very popular, world-famous tracks, still performed in many musicals at the moment," she added.

Demireller noted that they have placed tap, rock and roll, charleston and the twist, which are among the dances of the period, and the style where public spontaneously accompanies street buskers, in the different sections of the musical, adding, "The soloists dance alongside the singing, and the dancers act. We have done silent art for years as dancers, and this is the first time we have a voice in this musical, and we are trying to play like actors."

Kerem Ünal İnanç, the principal dancer of the musical, emphasized that the audience would encounter total art both behind the stage and on the stage, saying that the work embodies every discipline from decor to orchestra, soloists, dancers and theatrical acting.

Indicating that this is the first musical by the Ankara State Opera and Ballet Modern Dance Ensemble, İnanç stated, "It has been an experience for us as well. I hope our audience will enjoy it too. On Jan. 11, we will stage the project that we have worked hard on since October, and we are waiting for all art lovers in Ankara."