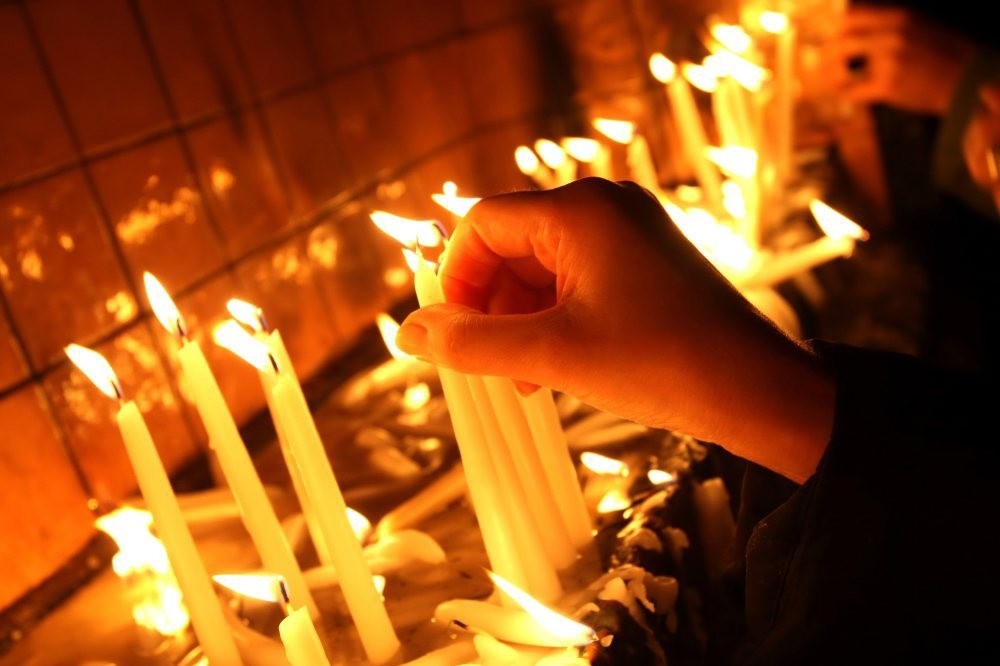 Istanbul plays host to some of the most impressive and historical churches in the world and a community of expats and foreign locals that still frequent them. Many are historical landmarks in their own right, dating back to the early 18th century, while some are more intimate catering to a smaller community.

There are a wide variety of churches that will be singing carols and holding masses throughout Christmas day and even at midnight on Christmas Eve that make for a unique way to discover these historical buildings sprinkled throughout the city and share and rejoice in the holiday spirit.

The largest and certainly most popular Roman Catholic Church in Istanbul is undoubtedly the impressive Church of St. Anthony of Padua, or in Turkish Sent Antuan. Situated off a courtyard overlooking İstiklal Avenue, this basilica was first built in 1725 by the Italian community, with the current building dating back to 1906. This Italian neo-gothic church is a regular stop for locals and visitors alike to light candles and make a wish.

The Church of Saint Mary Draperis ("Meryem Ana Draperis Latin Katolik Kilisesi" in Turkish), is one of the most ancient Roman Catholic parishes of Istanbul. The church was established in 1584 after Franciscan Friars was gifted a house with a tiny chapel in Galata by a Levantine woman by the name Clara Maria Draperis. Located in İstiklal's TomTom neighborhood, this church, which suffered fires and relocating friars, is now in a building that was re-erected in 1769 and became the city's most prestigious Catholic Church in the 19th century. Situated between the Dutch and Russian embassies and with a steep staircase leading down to its entry, this church will be holding a Christmas Eve mass on Saturday, Dec. 24, at 8:00 p.m., which will take place in Italian and English. On Christmas morning Sunday, Dec. 25 at 9:00 a.m. in Italian and at 11:30 a.m., the services will be held in English and Italian.

The Cathedral of the Holy Spirit is an impressive baroque-style Catholic cathedral built in 1846 by the Fossati brothers, known best perhaps for its grandiose pipe organ and for hosting a number of papal visits to Turkey. Located near the Hilton in Harbiye, this is one of the principal Catholic churches and the second largest Roman Catholic Church in the city.

Alternatively known as the St. Esprit Cathedral and in Turkish as the Saint Esprit Kilisesi, this holiday weekend they will be hosting a number of services starting with a Christmas carol concert performance by the choir accompanied by the pipe organ that will begin at 11:15 p.m. on Saturday, Dec. 24 followed by a midnight mass that will be held in French, English and Turkish and will last approximately an hour and 15 minutes. On Christmas day, Sunday, Dec. 25, there will be a mass held in English at 10:00 a.m., followed by an 11:15 a.m. service in French. 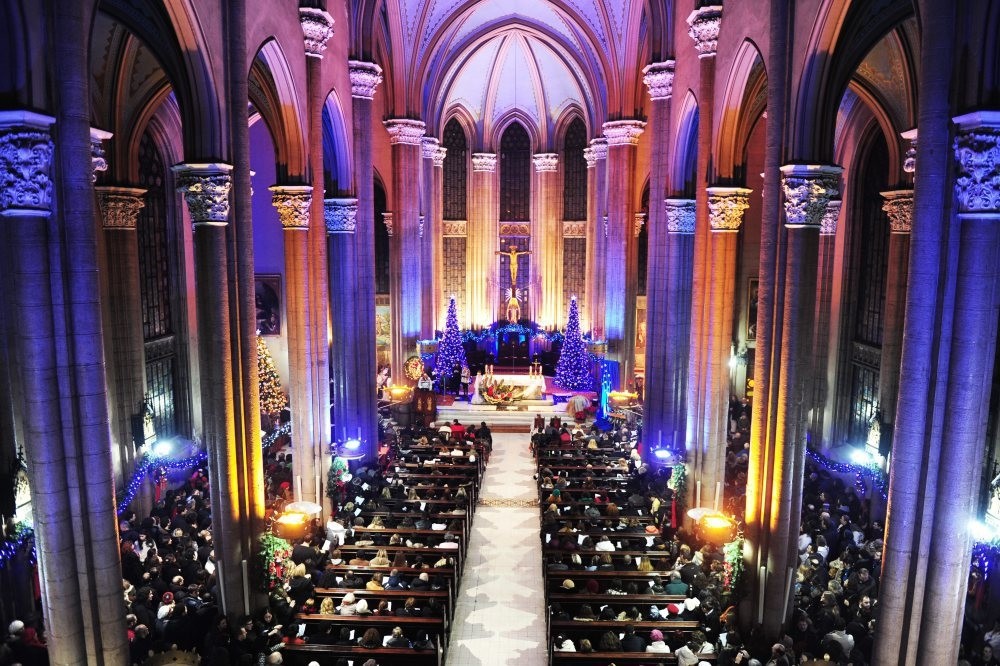 On Saturday, Dec. 24, this quaint chapel and Istanbul's second Anglican Church, which is located on the grounds of the British Consulate and next to Rixos, will be holding a special mass from 7:00 p.m. to 7:30 p.m.

The Crimean Memorial, also known as the Christ Church or Kırım Kilisesi, was built in Beyoğlu's Galata neighborhood by a British architect in memory of the British soldiers who fought in the Crimean War, the land for the church was donated by Sultan Abdülmecit to welcome the foreigner non-Muslim community. Completed in 1868, all of the stones used in the construction were brought in from Malta. On Sunday, Dec. 25, this Anglican Chaplaincy of Istanbul will be holding a Christmas Day Eucharist with Carols from 10:00 a.m. to 11:00 a.m.

The Church of Saints Peter and Paul, built with the Dominican convent by the Genoese in the 1400s, is a Medieval Latin church located by the Galata Tower. The current building, which is a 1843 reconstruction by the Fossati brothers, will be holding a Christmas day service at 11:00 a.m. that will take be held in Italian, French, English and Turkish.

The church on the grounds of the St. George's Austrian High School, which was built in 1882 and is located in Karaköy, will be holding a mass at 11:00 a.m. on Saturday, Dec. 24 that will take place in German.

The Hagia Triada Church, also known as the Holy Trinity Church and as Aya Triada Rum Ortodoks Kilisesi in Turkish, is considered to be the largest Greek Orthodox shrine in Istanbul today. Built in 1880, this statuesque church, located just behind Taksim Square with twin bell towers and a large dome, marked its status as the first domed Christian church to be allowed to be built in Istanbul. This neo-baroque church with elements of Basilica, designed by Ottoman Greek architect P. Kampanaki, also houses paintings by Sakellarios Megaklis and marble works by sculptor Alexandros Krikelis as well as a sacred spring on its ample grounds that include a school and social services buildings. This church, which continues to serve the Greek community of Istanbul, will be holding a service in Greek on Saturday, Dec. 24 from 9:00 a.m. to noon as well as a separate mass at 4:00 p.m. On Sunday, Dec. 25, there will be another three-hour service in Greek held from 9:00 a.m. to noon.

Today, founder of the Istanbul Expats and Internationals Senem Selimi will be hosting a "The Diamond Night" party at the Conrad Istanbul Bosporus Summit Bar. Also sponsored by expat website Yabangee, this will be a great opportunity to mingle with the expat crowd while enjoying a stunning view of the Bosporus and the BlueRitim Orchestra and soloist Mert Ulu performing live with DJ Valerio Proto then capping off the night. This event is free and doors open at 9:00 p.m. and there will also be gifts given by Swarovski to the best dressed as well as a raffle.