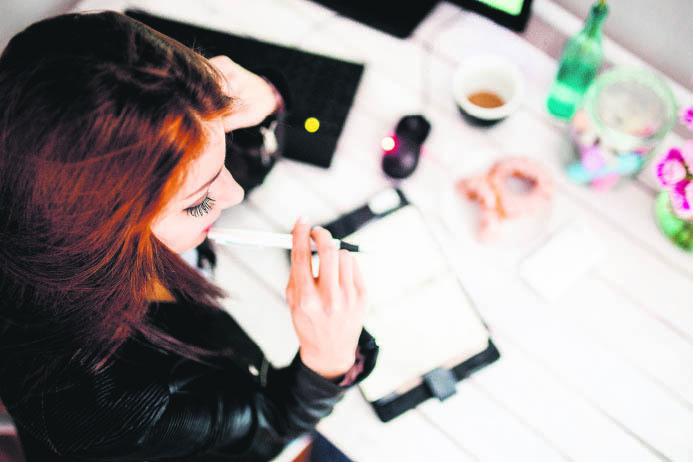 It's that time of year again when many of us aim to begin the new year with a fresh start, while making a list of accomplishments to last the year through, in other words: New year resolutions

A tradition that spans back to the Babylonians who would make promises to the Gods that they would return all borrowed goods that continued later with the Romans, who would begin each year by making promises to the God Janus for whom the very month of January is named after.

While this tradition as we know it, that is creating a list of achievements or goals for the new year, is most common in the Western hemisphere, there are a number of ways in which to fulfill your resolutions, whatever they may be, in Turkey.

The aim for new year's resolutions is to make a promise to oneself for self-improvement. This could be spending more time with family and friends or making new ones, staying healthy or becoming fitter, spending less and saving more and learning something exciting. In fact, the aforementioned are the five most common resolutions that are made around the globe.

The following is a guide on how to fulfill your new year resolutions in Turkey:

Istanbul has a number of innovative and entertaining museums that are enjoyable for anyone at any age making for a great opportunity to get together with family and check off some of the "sights to see" lists we all have of Turkey. Madame Tussauds the worldwide chain museum of wax-like replicas of celebrities and famous figures now has a home in Istanbul's Grand Pera located in the heart of İstiklal.

Miniatürk has approximately 120 miniatures of Turkish and Ottoman monuments and historical sites, including the Hagia Sofia and the Galata Tower is an impressive miniature park housing the best of Turkey's architectural wonders.

The Istanbul Toy Museum housed in a historical villa in Göztepe has over 4,000 toys on display that span generations back, while the Energy Museum has 22 interactive areas for kids to learn how to produce electricity, touch volts and create magnetic sculptures.

Running is one of the best ways to stay fit and conquer a target whether it be preparing for a marathon or running in some of the wondrous forests in the city and its surroundings. Rundamental is a running collective that has been gaining speed over the past year that organizes two runs a week, one on a weekday night, usually Thursday, that is approximately 8 kilometers and takes place on a course in the city, while on Sundays the group meets up to run 11 kilometers in nearby forests.

One of the most popular resolutions coming out of the holiday season is to be thriftier, to spend with more awareness and to try to recycle items. A lesser known fact is that there is a strong Facebook community of groups that offer up second-hand items for sale. Ranging from furniture to books, clothes to toys, the sky is the limit and you can even request items you may be seeking for purchase.

Istanbul Flea Market and Second Hand Istanbul are two such groups, while "Armağan Uçuşturma Çemberi" or "Armağan Çemberi" for short, is an exchange circle on Facebook based on the gifting economy in which valuables are transferred and not sold for any form of future reward. Members share their needs for certain items or services or post valuables they have to offer, thereby creating a circle of recycling in which items are re-utilized and given a whole new life and purpose.

Do something different and get out there

Many of us harbor a secret desire to get on stage whether it is to read a poem, sing a song or to give stand-up comedy a try and Istanbul is the perfect environment in which to do so. With an active expat community hosting regular open mics, such as "Spoken Word" and "Take Me Up the Bosphorus Open Mic" nights, both held predominantly at Arsen Lüpen in Beyoğlu.

If music is your thing, then Kolektif House, the creative work-sharing and creativity chain that has blossomed in Istanbul also hosts a monthly "Kolektif Jammin" night where everyone is welcome to join others on stage to perform any type of music they like. For a softer-spoken venture, the Global Minds Book Club is a community of readers that meet up on each second Sunday of the month to discuss a book selection of literature from all over the world.

Learn something new and exciting