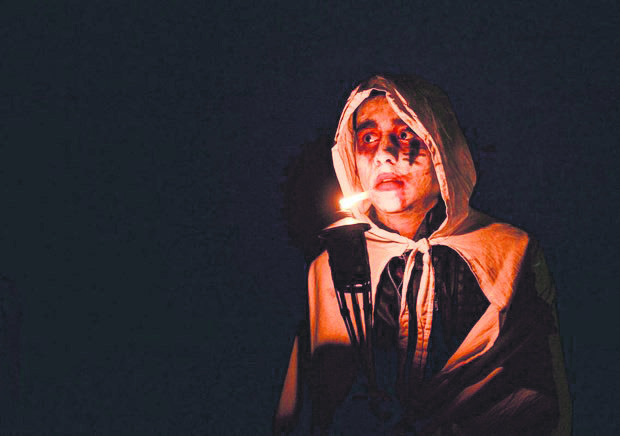 This Saturday, thousands from all over Turkey will be flocking to Edirne's district of Keşan to join the local community in commemorating winter's longest and harshest night and the ghosts that come out to haunt it

Bet you didn't know that Turkey and more precisely the village of Çamlıca, located in the Thracian district of Keşan, has been celebrating Bocuk Night, an evening in which locals dress up in white sheets and paint their faces in scary make-up to spook community residents in honor of a family of ghosts that have an affiliation for pumpkin dessert. Does anything ring a bell? Could Bocuk Night actually be a medieval form of celebrating Halloween that originated with the Turks?

Said to be a tradition spanning back to the Middle Ages, every year the village of Çamlıca, located in Edirne's Keşan district, takes part in a special evening ritual, which they refer to as "Bocuk Gecesi." Bocuk is a word used in the region of Thrace to represent the harshest winter night, believed to fall on Jan. 6. This year's festival, the 12th organized annually at the Çamlıca Culture and Art House will begin on Saturday, Jan. 7 starting from 6:30 p.m. 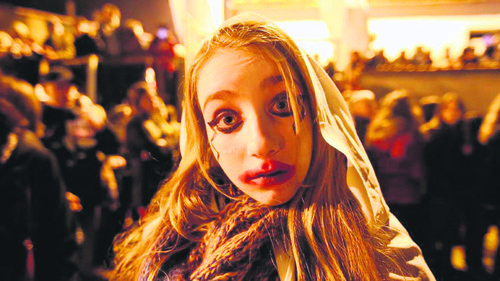 Expect an evening of masses dressed up in white sheets with scary face paint walking in a torch procession and spooking neighbors by pounding on windows and banging on car doors. There will also be plenty of pumpkin dessert dished up as well as a number of local delicacies such as "ince akıtma" a regional crepe variation to help people congregate and commemorate this cold night together.

The Çamlıca Culture and Art House, which doubles as the Grabuna Museum, is well worth a visit and there will be a horror-themed painting exhibition as well as stands selling ecological and handmade items and costumes as well as a number of specialty treats to eat in honor of Bocuk Night.

While Bocuk is the word used in Thrace to represent the coldest, longest and harshest night in winter, this ritual is in a sense one aimed at increasing the community's power of resistance against the harsh climate conditions. A ritual affiliated with the Balkan culture that has been passed on from medieval times to today's generation, there are a number of superstitions that are pertinent to the traditions played out on this very special evening.The awakening of BocukAccording to beliefs from mystic times, on that night there is a switch or a split in the universe in which all the bad spirits are set free, the worst of which is the awakening of Bocuk. Despite the word's meaning as the coldest day in winter, "Bocuk" has also become the name for a series of imagined witch-like ghost-type figures referred to as "Bocuk wife" (Bocuk karısı), "Bocuk mother" (Bocuk anası) and "Bocuk grandfather" (Bocuk dedesi), who are believed to be awakened on that night. The problem is that according to legend, these witches wander through the night and go into people's barns to suckle from the mothers of new born calves. It is also believed that cows that have been suckled by the Bocuk witch will no longer be able to produce milk. 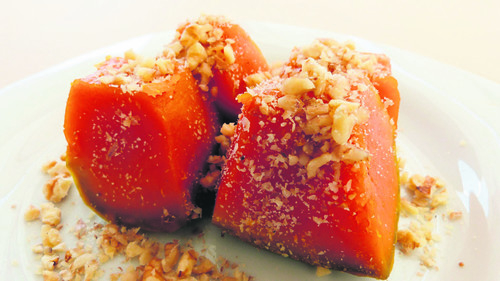 The only way to ensure this does not transpire is of course to make sure there is ample pumpkin dessert on hand. This dessert, which happens to be a favorite for the Bocuk witches, is made by every household and left out on the roof of the barn to ensure the Bocuk witches fill up on pumpkin and no longer seek their calves' milk. According to their legacy, the Bocuk witches are also charged with climbing on people's backs, which drags them down in the cold climate leading to their demise. However, you are pretty much safe if you eat pumpkin dessert yourself, because it is believed that then you will not be selected as one of their victims. Nonetheless, there will be ample baked sweet pumpkin prepared in homes and distributed among participants on Bocuk Night.

This otherworldly creature given the name "Bocuk" is imagined as donning white and resembling a human and as a result, the ritual has turned into people dressing up in white robes and painting their face in scary make-up to then spook the neighborhood by pounding on windows and car doors, yelling "Bocuk is coming!"

It's all in good fun though and the atmosphere of the evening and the event in Çamlıca will be one of feasting on local treats and having a jolly good time. The long-standing belief is that if you don't come together on Bocuk Night, then the Bocuk will climb on to you like a heavy weight and you will freeze up and die. Therefore, interacting with the community, keeping warm and feasting are all par for the course. Some of the local delicacies on offer will be "ince akıtma," a Turkish-style thin crepe, corn boiled in snow water, oven roasted peanuts and walnuts and lots and lots of baked pumpkin dessert.

"Sedenka," which refers to having sit-down visits with neighbors, is also a critical part of the tradition among Thracians celebrating Bocuk Night. The underlying belief is that if this tradition is not fulfilled the ecological balance will be disrupted, in other words chickens will no longer hatch eggs and trees will no longer bear fruits. For generations, neighbors would gather together by a fire, pop popcorn and eat pumpkin dessert to ensure they made it through this harshest of winter nights.

According to legends surrounding Bocuk Night, if water freezes overnight then nature that year will be bountiful. This superstition is practiced by placing water on a piece of wood and if it is frozen by the morning, then it is believed that the members of the household are sure to have a healthy, resilient and powerful year.