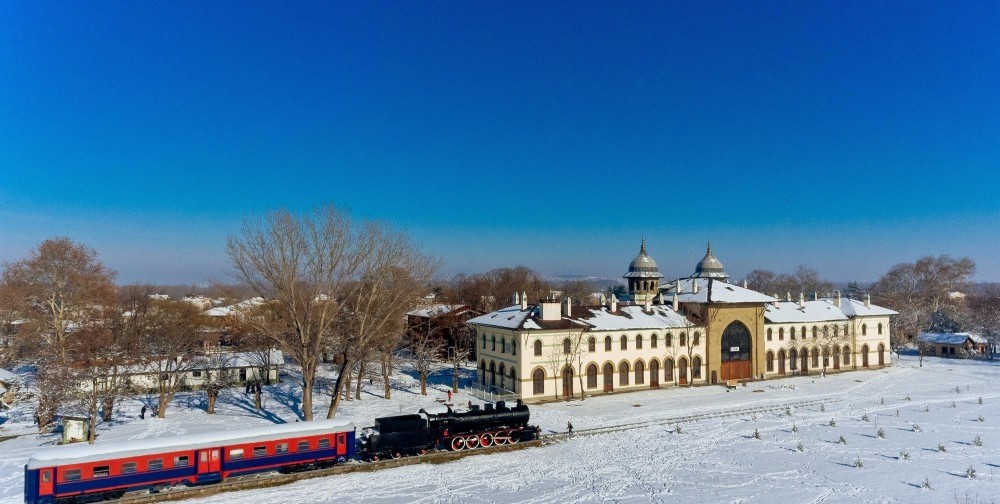 In today's ever-advancing world, travelling on train sounds nostalgic but is still popular among young backpackers. In Turkey, a number of overnight railway travel options bring passengers the chance to discover the country's natural beauty in comfort every season

Turkey has a long legacy of travel, renowned for not only having one of the most longstanding railway systems in the world but also for one of the most elegant railway travel experiences around the globe, with private cabins and cozy dining wagons, having established itself as one of the most widely sought destinations in Europe along one of the most exotic railway routes there has ever been in the history of mankind.

The era of the Orient Express, a historic railway service for which the two cities of Istanbul, once Constantinople, and Paris, were its most famous destinations, will always remain a legacy that has become associated with curiosity and luxury travel. In the days of the Orient Express, elegant sleeping trains and premium service amid candle-lit dinners were the norm. While modern-day regulations no longer permit candle-lit dinners, traveling on Turkish trains will always be a special delight.

This year marks the 160th anniversary of the inauguration of the Turkish railway system which has been in operation since 1856. This anniversary is marked by the construction of the İzmir-Aydın line. While legend has it that the railway system was engineered by Germans who were paid by the kilometer - accounting for the twists and turns once inherent to Turkish train routes - the system has undergone an extensive transformation, especially within the last decade. Now, a number of high-speed trains are included which service both the capital city of Ankara and the cultural capital of Turkey.

There are five different methods of railway travel to experience in Turkey: The high-speed rail, the blue train, express train, regional railway and international railway. Turkey's modern, high-speed trains, known as "Yüksek Hızlı Trenler" (YHT) in Turkish, have revolutionized travel between Ankara, Eskişehir and Istanbul, three of Turkey's most dynamic cities. With a travel time of less than four hours, the train easily rivals other forms of transportation in terms of comfort, time and cost. The historic city of Konya has also been added to the mix with high-speed trains servicing the Central Anatolian region from both Ankara and Eskişehir.

These high-speed trains make railway travel an easy option for travelers to a variety of regions across the country as well as the most prominent destinations in Turkey with touristic and historic sites. Railway travel is a convenient and exhilarating way to travel across the country, whether on a cross-country excursion or a weekend trip. Although taking a train in Turkey may be a slower way to get to your destination, the experience is one you will most likely never forget. Whether you are viewing the spectacular countryside from a private sleeper carriage or heading to the comfortable dining carriage while passing through the linked cabins crowded with passengers, the experience offers an entirely different perspective on Turkey that is only attainable by having the overnight train experience. Then, there is also the indescribable feeling of excitement that comes from committing to an overnight journey on a train, as best described in the novel, "Book of Symbols," which reads, "Still, for many, the train primarily conveys a vehicle of mystery and magic, which, if we are receptive, can carry us anywhere."

Furthermore, overnight trains in Turkey tend to be the least expensive option whether you are a budget or simply backpacking, low-key adventurous traveler. Sometimes it just makes sense to spend the night on a train rather than taking a stuffy bus ride - only to end up paying extra for hotel accommodations. While you may need to be wary of the public loo by the end of the ride, the private sleeper cabins and couchette cabins are just fine and can even be regarded as lovely.

Turkish trains are typically much less expensive than buses and trains, offering discounts on return trips and are free-of-charge for children under the age of 8. There are also train tour cards that allow unlimited travel on Turkish railways for a month. The trains tend to have several seating and sleeping options. For the most expensive option, most have reclining pullman seats or couchette wagons are available for four to six people with seats that fold out into beds. The most comfortable option, however, is the "yataklı" or "bed" wagon, which has one- and two-bed compartments with bedding and a sink and a huge window to watch the world go by.

For the true overnight train experience, there are two types of express trains with pullman, dining cars, couchettes and sleeper carriages that service other transportation hubs in Turkey: The traditional express and Blue Trains (Mavi Trenler), which are faster than the traditional express trains, but operate overnight routes only from İzmir-Ankara, İzmir-Konya and Ankara-Malatya with stops in Kırıkkale, Kayseri and Sivas.Turkey's express trains are long-distance trains that connect a wider network of cities, however, they do so at a slower speed, necessitating overnight travel in most cases. Most of these can be connected to one of the high-speed lines offering services to Istanbul, the capital city of Ankara, Eskişehir and Konya.

Namely, the Pamukkale Express connects Eskişehir, Istanbul and Ankara with Denizli where tourists can visit one of Turkey's most famous cities, Pamukkale, meaning "cotton castle," with picturesque platforms of natural hot spring tubs.For the adventurous at heart, the Eastern Express (Doğu Ekspresi), is a train line that requires more than one day to travel from Ankara via Kayseri, Sivas, Erzincan, Elazığ and Erzurum to Kars. However, one can easily jump off in Kayseri to connect to Cappadocia.

Lake Van Express, which connects Ankara with Kayseri, Sivas, Malatya, Elazığ and Tatvan on the western shore of Lake Van, is an even longer route that takes over 27 hours to complete, while the Taurus Express joins Adana and Konya as it chugs through the picturesque Taurus Mountains. Other long-distance train routes

that are serviced by the Lake Van Express are the İzmir-Bandırma, Ankara-Adana-Kayseri and Adana-Elazığ routes.
RELATED TOPICS