April in Istanbul full of music, dance, art and much more 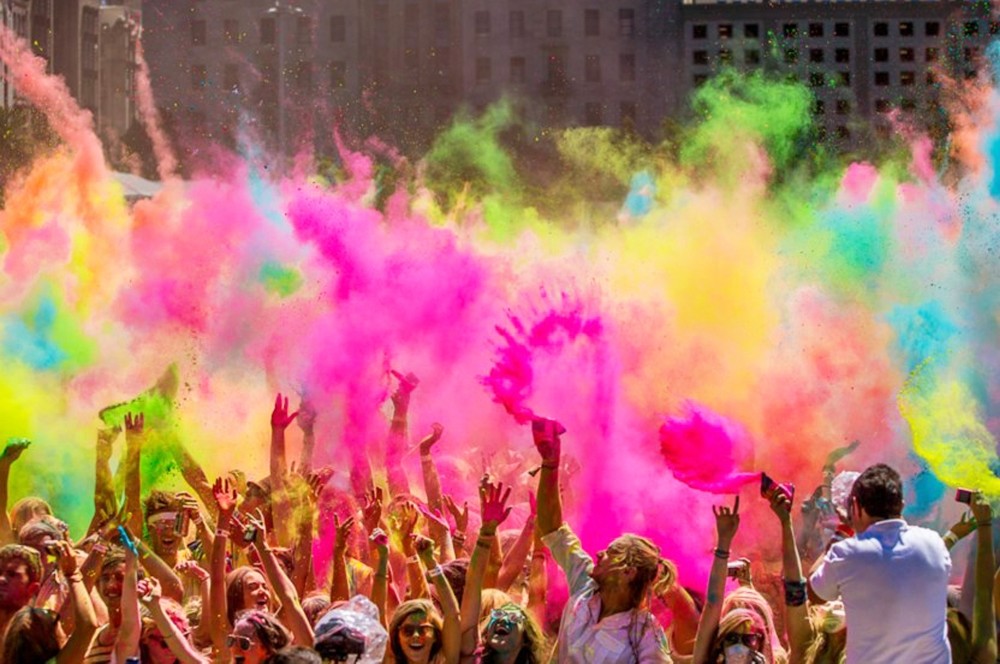 Spring is here and the sun is shining, so it is time to get outside and get some fresh air, whether it be to delve into the arts or simply to appriciate nature, there is a vast range of expat-organized events that may just give you spring fever!

On Tuesday, April 4, Spoken Word Istanbul will take place at Arsen Lüpen in Beyoğlu. Located on Mis Sokak, off of İstiklal Avenue, Arsen Lüpen is a rooftop bar that regularly hosts live music and has officially become the stage and meeting spot for Spoken Word Istanbul, a multilingual open-mic event where anyone and everyone is welcome to take the stage for an open microphone performance that could be anything from singing to poetry, and comedy to theatrical performances. The choice and the stage is yours for six minutes if you show up early to sign up beforehand. Taking place from 8:30 p.m. to 11 p.m., this is now a weekly free event held every Tuesdays.

On Thursday April 6, the Take Me Up the Bosphorus Crew, which hosts open-mic stand-up comedy nights where anyone is welcome to try their hand at stand-up comedy in English for a crowd, will be hosting an Open Mike Stand-up Show at Kaset Kadıköy in Moda. Sign up starts at 8 p.m. and the show will begin a half an hour later at 8:30 p.m. and entrance is free.

April 6 – No Lab's Made in Turkey Exhibition

On Thursday, April 6, the international conceptual gallery NoLab, will be holding an exhibition of Turkish and foreign artists honing in on Turkish street culture. From 7 p.m. to midnight, the Hasköy Eski İplik Fabrikası will be transformed into an interesting art space focusing in on Turkey's street culture and craft from a kitschy perspective. There will also be Turkish food and Turkish music at this hip and happening exhibition opening event.

On Thursday, April 6 Radyo Modyan will be hosting their Plug-in the Mod concert series featuring Kolektif Istanbul, a progressive Balkan wedding music band formed by a fellow French expat and saxophonist and his Turkish wife as lead singer. The band also has musicians from Bulgaria, including an accordion player. Nonetheless, they have been gracing stages in Turkey as well as abroad for over a decade now and are guaranteed to get you out of your seats and grooving. The show will take place at 9:30 p.m. and entrance is TL 20 with tickets purchasable at the door.

On Friday, April 7, Swing Istanbul's, Turkey's first community and dance studio devoted to Lindy Hop and Swing dancing, will be holding their monthly party at Tamirane, which is located in the Uniq entertainment complex in Maslak. From 10 p.m. to 2 a.m., Tamirane, which also has an impressive rotating menu of international fare, will be going back in time to the golden age of jazz and Swing Istanbul will be showcasing their performances. This free event is a great chance to check out the city's buzzing swing scene and to enjoy a great meal or cocktail while doing so.April 8 – Jam Sessions Turkey at Kolektif House SanayiThe creative co-working space Kolektif House Sanayi will be hosting a "Kolektif Jammin" night in connection with Jam Sessions Turkey, founded by fellow expat and musician Melissa Clissold. Anyone and everyone is welcome to bring their musicians and themselves to perform or to watch improvisational jam sessions unfold in this free event that will take place on Saturday, April 8 from 8 p.m. to 12:30 a.m. at Kolektif House's Sanayi branch located in Maslak.

On Tuesday, April 11, the Yabangee website, devoted to informing Istanbul's expat community of events in the city, will be hosting their very own Trivia night at Bunk Roof, a spectacular restaurant and terrace venue that sits atop the luxurious hostel of the same name in Harbiye. Held from 7 p.m. to 11 p.m., this will be Yabangee's first-ever trivia night where you can test your skills in groups of five. Participants must be over 18 and entrance is TL 10.

Holifest comes to Istanbul's Event Garden, a mega open-air venue in Sarıyer, which will become a mini India on the weekend of April 22 to 23. From noon to midnight, there will be Indian music, coupled with performances by well-known DJs and artists, such as Turkey's pop sensation Bedük, as well as Indian food and lots and lots of colors.April 23 - Thai Festival at the Istanbul MarriotOn Sunday, April 23, the Thai Women in Turkey community will be hosting Thai Festival Istanbul 2017, which will take place from 10 a.m. to 5 p.m. at the Istanbul Marriott Hotel in Şişli. Tickets are TL 10 in advance and TL 20 at the door and there will be a wide arrange of Thai food, drinks, products, dances and songs as well as mini Thai massages, Thai boxing shows and a Thai fashion show and auction.
RELATED TOPICS